Fireflies, Tigers and Other Scary Things 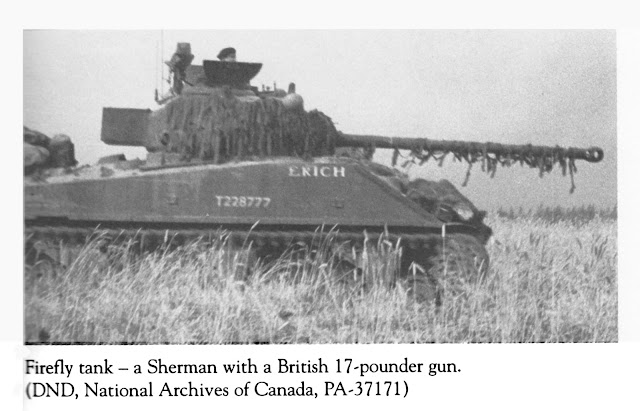 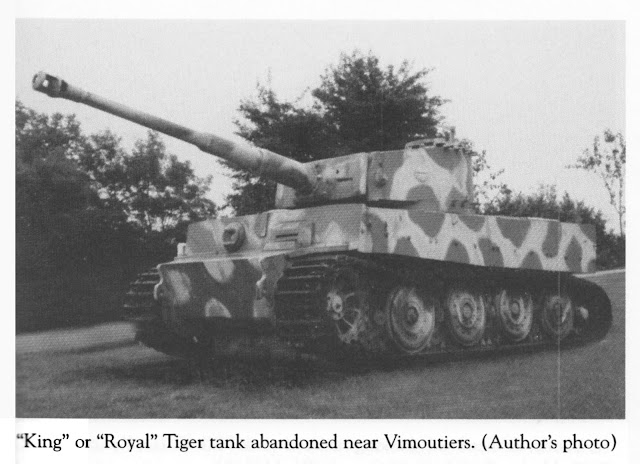 Both photos taken from George G. Blackburn.  The Guns of Normandy.  A Soldier's View of France 1944.  (Toronto:  McClelland & Stewart, 1995).   He provides the following information: 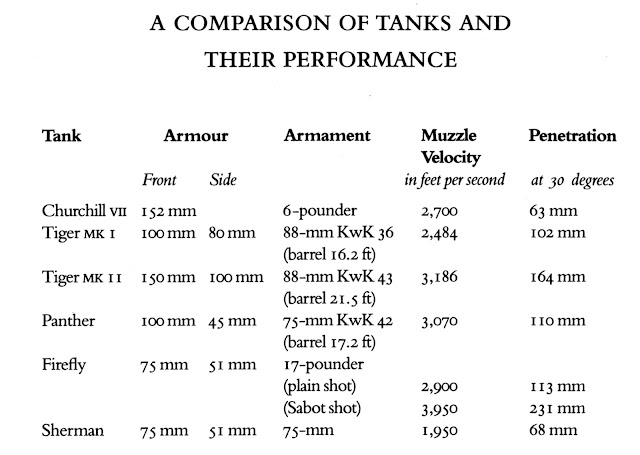 "...the greatest failure in Normandy was the tanks, not the heroes who manned them.  Except for a few 'Fireflies' created by the British by replacing the 75-mm guns on Sherman tanks with the high-velocity 17-pounders, Allied tanks (American Shermans and British Churchills and Cromwells) were totally outclassed.
Every man in every armoured division from the Officer Commanding down to the lowliest driver, within hours of arriving in Normandy, was aware that in any confrontation with German tanks, few Allied tanks would live to fight another day.  For instance, Panthers could sit back at one and a half kilometers, and Tigers at two and a half kilometers, and knock out Shermans, whle the 75-mm gun of the Shermans couldn't penetrate the frontal armour of those German tanks at any range."

For putting Allied tankers into this situation, the author is scathingly critical of the Allied high command.