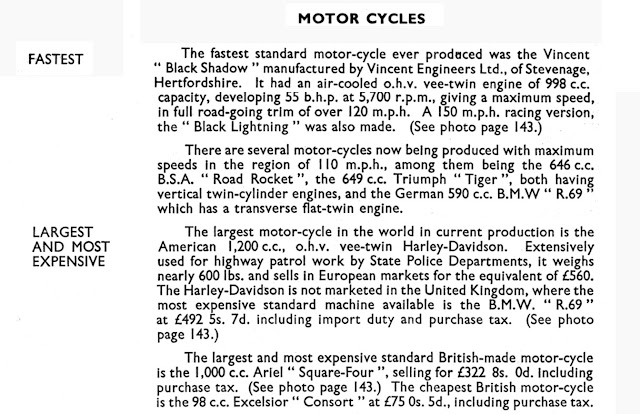 One supposes it must have been a slow year for record breaking. 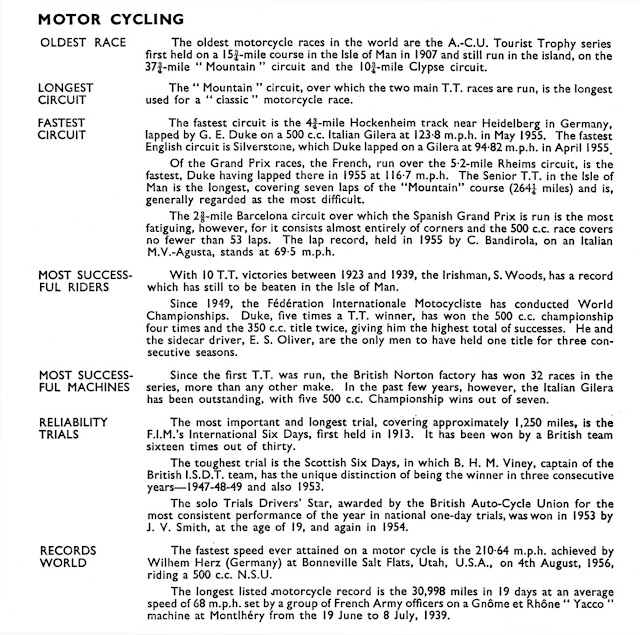 The last entry is interesting.   In 1935, Gnome-Rhone produced a 750cc OHV engine called the "X".  In October 1937, they used this engine to establish a 24-hour world record with an average speed of 136.563 km/hour.  Yacco oils were a sponsor.  In July 1939, 12 French officers drove the X motorcycle 19 days and nights without stopping for an average speed of 109.38 km/hour.  While the French officers busied themselves with this endeavour, German officers were occupied rather differently.  As a result, two months later France declared war on Germany.