We used to make things in this country. #61: Cluthé (or Cluthe) Manufacturing Company, Kitchener Ontario

Above, a Cluthé "Torque Top" multi-wrench.  I think the "Torque Top" name came from the fact that the bottom of the handle, which was spring-loaded and acted as the top of storage area for additional screwdriver bits inside the handle,  could be released by pulling it outwards and rotating it out of the way, rather than unscrewing it (and potentially losing it) as on most other screwdrivers of the type.  (I've seen a lot of the other types of screwdrivers missing the threaded end cap.)

Below, a heavy flat head screwdriver from the firm:

Below, a Cluthé nut driver:

Below, a brad driver: 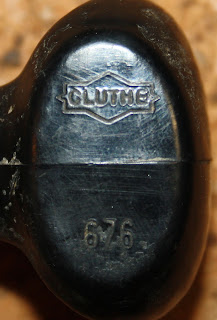 An ice pick (who uses them anymore?): 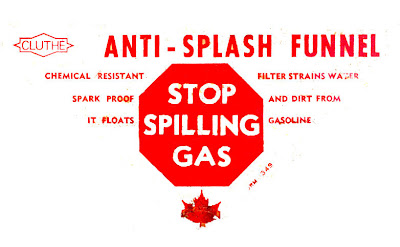 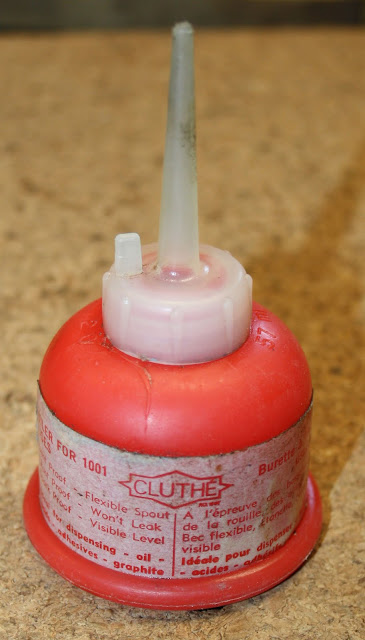 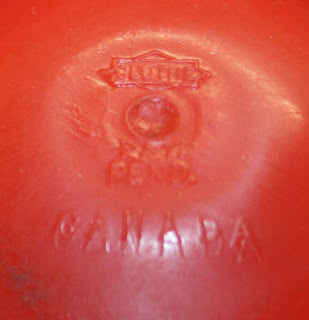 Various items made by the Cluthé Manufacturing Company of Kitchener, Ontario.  Their "Uni-Driver" interchangeable-head screwdriver was probably their best known product and was sold through the Eaton's department stores.

They didn't make all of their steel shanks if, in fact, they made any of them.  Below, a large No. 4 Phillips screwdriver:

The shank above is stamped, "Phillips Lic. 7" and "Bridgeport - USA."  This indicates it was made by the Bridgeport Hardware Manufacturing Corporation, which held Phillips License No. 7. The patent number is for Henry F. Phillips 1936 U.S. patent.

One of their clever offerings was a stubby screwdriver with the handle at right angles to the blade, allowing for greater gripping power: 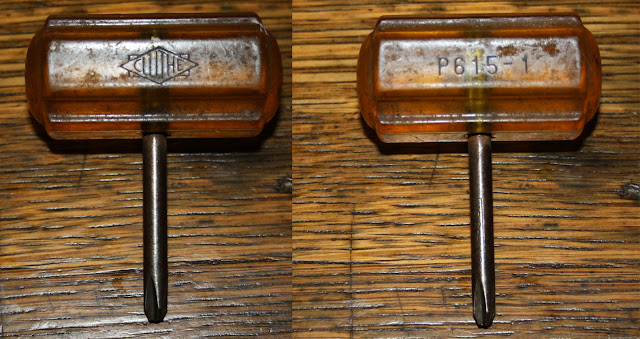 George Cluthé  founded the company in 1939, and eventually they were able to offer screwdrivers and many other moulded products such as tool-boxes, funnels, oilers, housewares, and furniture glides. Interestingly, the company didn't always use the accent aigu (é) on the name on their tools. They were purchased by Onward Multicorp in the mid-1990's, which then became Onward-Cluthé Hardware Products, with the motto, "We Don't Just Mould Products, We Mould Relationships."  Cute.  They're still out of Kitchener, but no longer make tools so the Cluthé brand has vanished from the tool marketplace.

Actually, Gary Cluthe carried on the tradition of tool making with Duron Plastics Limited and still makes a smart range of multibit tools under the Retract-A-Bit.com name.

Thanks for the update! Always good to get first hand info.

They also made an awl with an end you can hammer on. Had this one for years. Have no idea where it came from

My father-in-law Harold (Bud) Robertson played a role in the development of these screwdrivers. I have a collection of finished and prototype models he worked on over the years at Cluthe's.