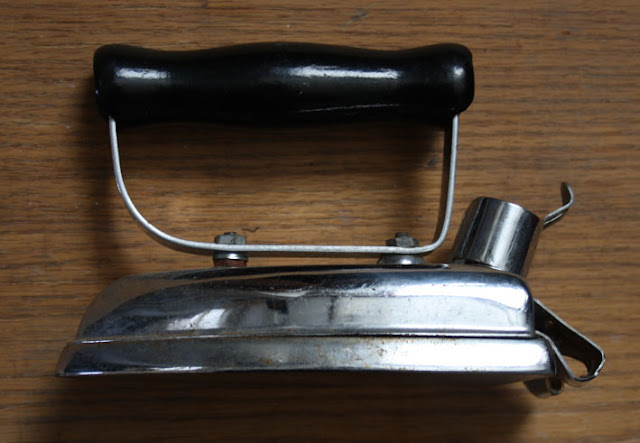 This iron was made by the Renfrew Electric & Refrigerator Company, apparently founded early in the previous century by Thomas Andrew Low who was born in Quebec City, educated in Pembroke, and who became president of Renfrew Flour Mills, Renfrew Electric Products, the Renfrew Refrigerator Company, the Renfrew Manufacturing Company and the British Canadian Export Company.  He was first elected to the House of Commons in the Ontario riding of Renfrew South in 1908.  One busy guy!

It would seem that the Renfrew Electric Products and Renfrew Refrigerator must have merged at some point. The Renfrew Electric & Refrigerator Company manufactured Barnett refrigerators and  “Canadian Beauty” household appliances but converted to the production of naval signalling lanterns in World War I.  The company was sold in 1952 eventually becoming the Renfrew Electric Company Ltd., which continues today to supply parts to the electrical industry although no longer out of Renfrew but out of Scarborough, Ontario.

Other products made by the firm in the past: 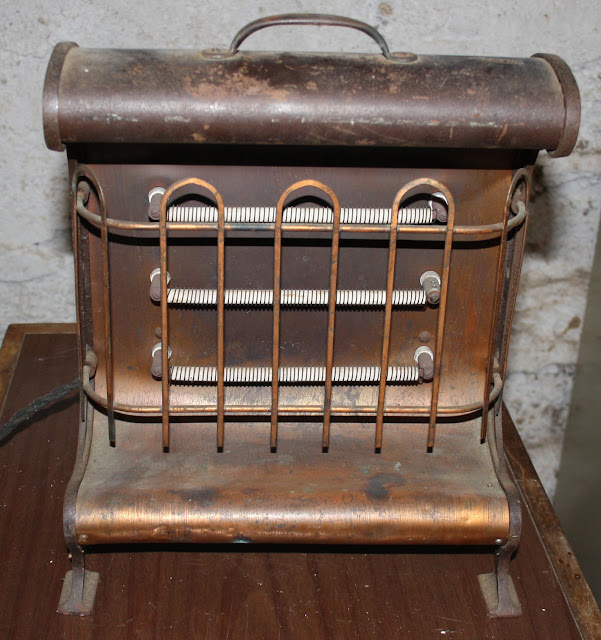 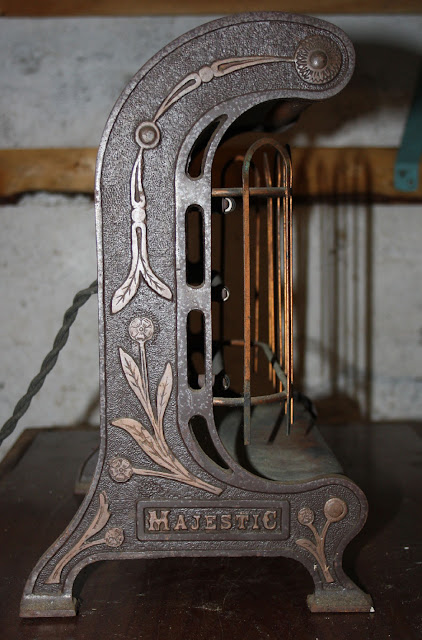 I remember seeing one of those fake-coal fireplaces when I was a kid. I loved it: the soft glow from the amber glass "coals" was beautiful.

I live in Renfrew, and unfortunately the Renfrew Electric company has been gone a long, long time. In the 70's I worked for a jeans manufacturer, Blue Bell, in the old Renfrew Electric building. Not sure what is in there now; it has had a number of occupants.

Not only is there very little manufacturing going on in Renfrew now, but this year the train tracks through town were removed. This was one of the vital links for this town, and with the lack of a 4-lane approach to the town it is likely things will continue to go downhill, I'm sorry to say.

Looking for pictures of the Barnet Kitchen Sets .

I have a Barnet hoosier in my kitchen right now which I refinished 21 years ago. It still has all its parts including flour bin, sugar dispenser, jars and the cardboard inserts with company name, recipes, measurements and shopping list suggestions.

I have a Renfrew percolator.
Looking for a plug. Can anyone help me out?

I just bought one of your beautiful eletric clothes Iron.. I really find it amazing to look at it has only been vary short time ago, when relied on vary few things to get through a day. Oh the model I bought #107 CSA APP 103.
I PAID 7 dollars

I am looking for the carboard inserts for a Barnet hoosier cabinet that I purchased last week. I see that blogger Cagey has these inserts in their Barnet hoosier. Would you or anyone be able to make me copies, for which I would gladly pay a fee for your costs to print and ship, or just to take some good photos for me so I can develop or print them up? Thanks so much!
Barb

How much is the heater worth.I have the no.2 same as picture no 1

We don't do evaluations, but there's one on ebay for $99