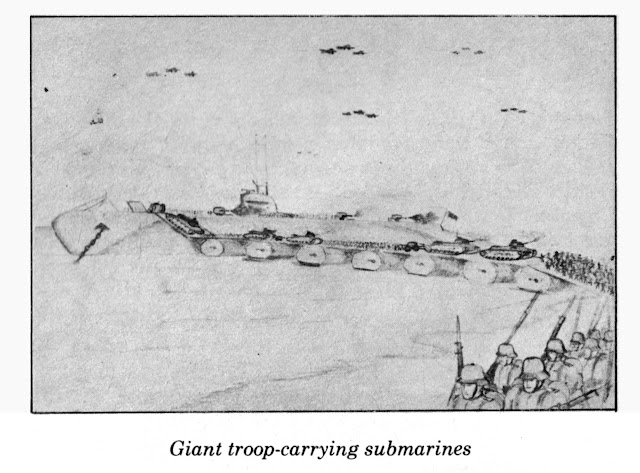 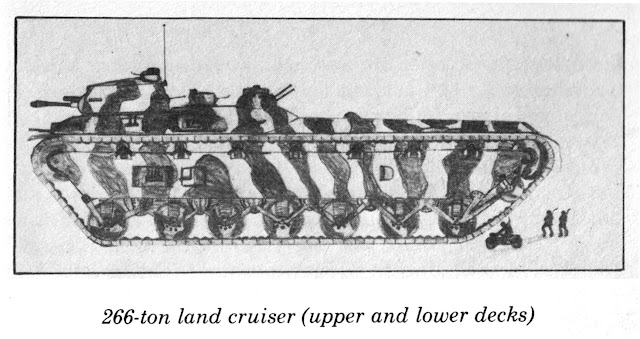 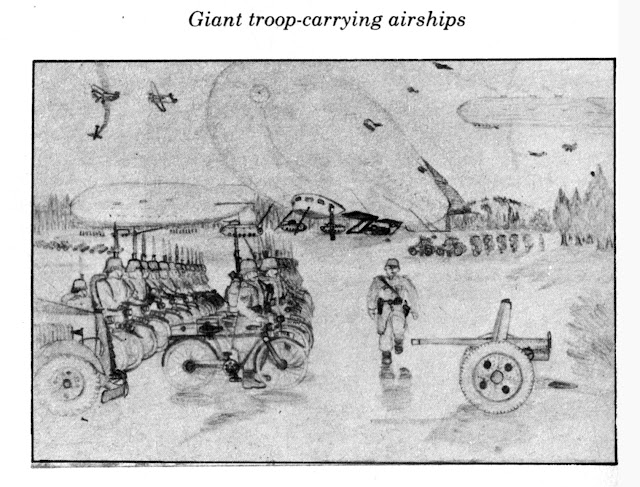 He attributes the drawings to his brother Desmond.  He writes that when his father and brother presented these drawings to a representative of the War Ministry, "Father and son were then shown the door, the windows, and finally the street.  My father objected, 'You fool!  By rejecting these inventions you've put two years on the war.'  'Good.' said the Colonel.  'I wasn't doing anything.'  Father left.  With head held high and feet held higher, he was thrown out."
Posted by The Duke at 10:29 AM