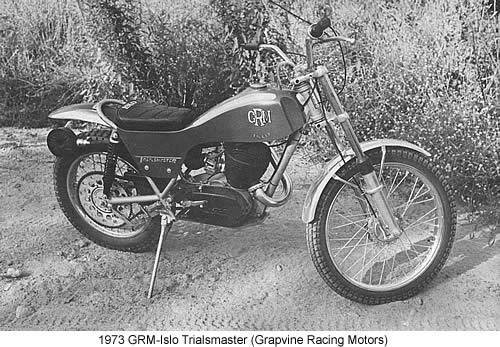 This rare motorcycle is a 1973 GRM Trialsmaster.  It was designed by American trials pioneer Bill Grapevine who contracted with the Moto-Islo motorcycle company in Mexico to build these 4 speed 215cc two stroke trials bikes.
Apparently nearly 1600 were built in the early 1970s. The very original example below was competing at the 2012 Barber Vintage Festival. Good to see.
More on Bill Grapevine 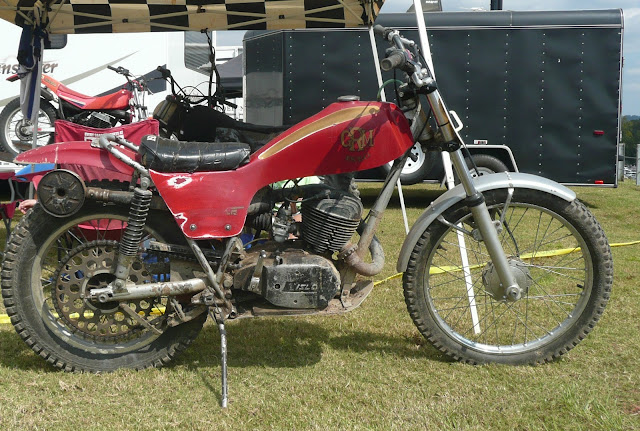 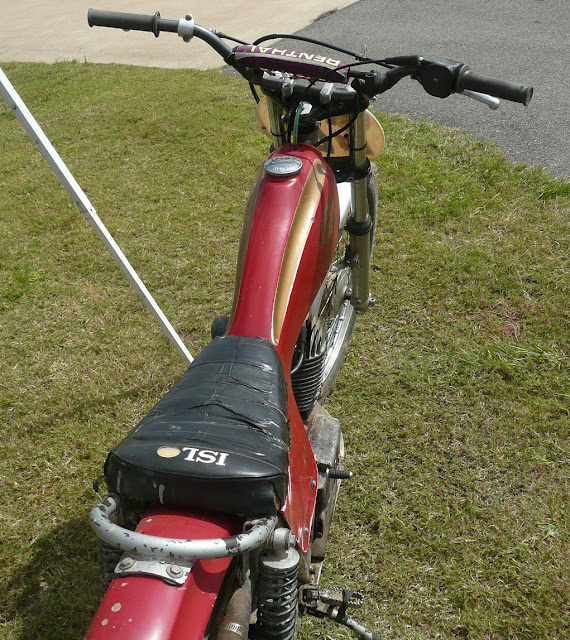 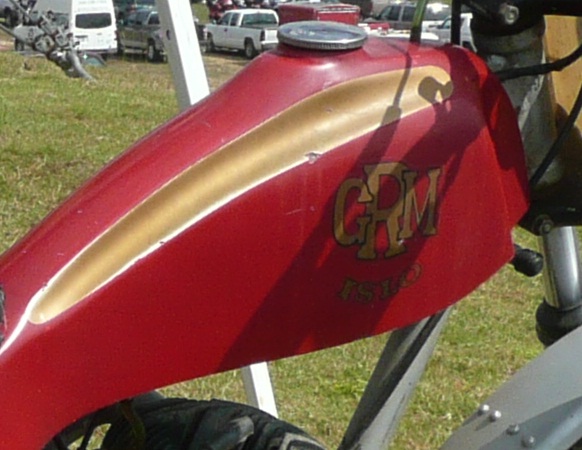