Astounding feats of survival at sea during WWII 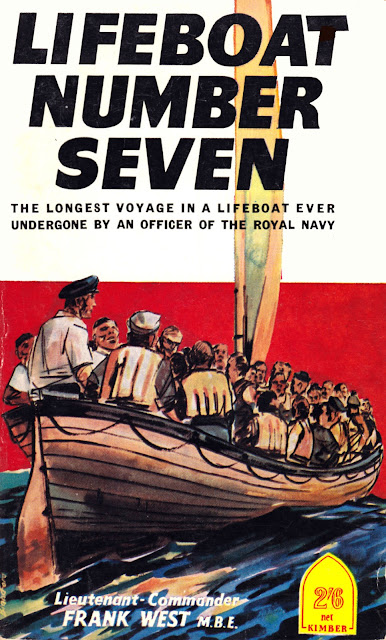 First published in 1960, this is an account of the voyage of the survivors of the Britannia after it was sunk in mid-Atlantic in late March 1941 on route to Bombay by the German raider Thor.  82 passengers were crammed into a lifeboat designed for 56,  After 26 days, when the boat finally made landfall in Brazil, 44 had died of their wounds or exposure.  This was the longest voyage in a lifeboat ever undergone by an officer in the Royal Navy.  The book is based on the diary that one officer kept during the voyage. 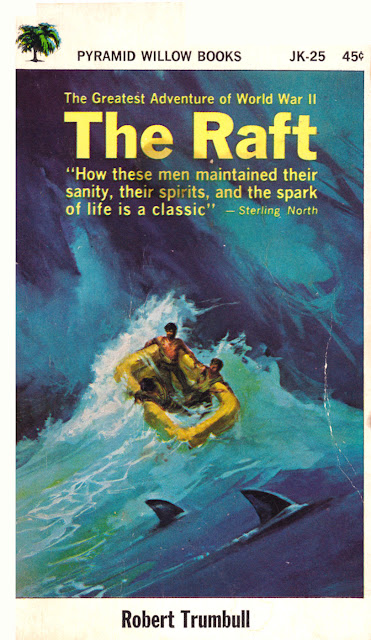 First published in 1942, this recounts the experience of three ditched Navy flyers who spent 34 days in the middle of the Pacific with no water, food, compass or paddles.  The author, the foreign correspondent of the New York Times, interviewed Chief Petty Officer Dixon after his ordeal. 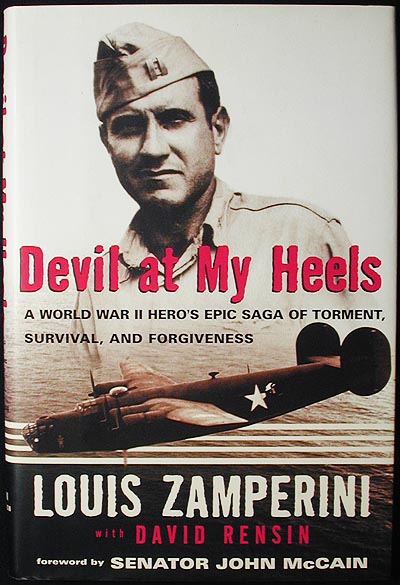 Louis Zamperini was a mile runner at the 1936 Olympics in Berlin.  In May 1943 he was a crew member in a B-24 over the Pacific searching for any survivors of a downed B-25 when his own plane's two engines failed and the aircraft crashed into the sea.  Only three men survived the crash, and one later died during the 47 days they were at sea before being captured by the Japanese and brutally treated.  (For a brief account, see the September 12, 1945 issue of The Milwaukee Journal.)  Zamperini subsequently wrote two books under the title Devil at My Heels, the first published by Dutton in 1956, the second by Morrow in 2003.  Laura Hillenbrand's recent (2010) book Unbroken (Random House)  also recounts Zamperini's experiences. 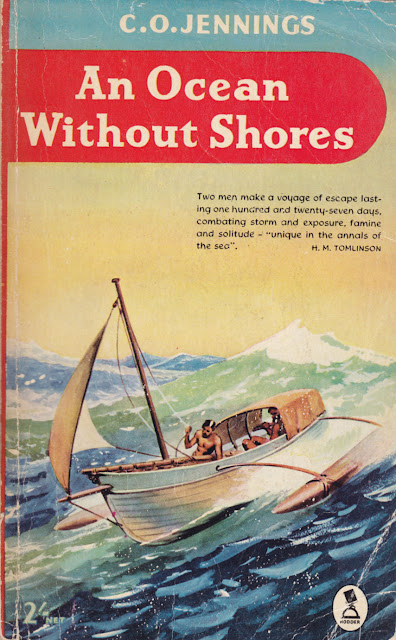 This book, published in 1950, recounts the experiences of the author who was serving with the Royal Engineers when Singapore fell.  He and one companion decided to try to sail from Sumatra to Australia in a small, open boat.  They were at sea for 127 days before being re-captured by the Japanese.  Sadly, his wife, who had also been captured by the Japanese, died in a Sumatran internment camp in May 1945. 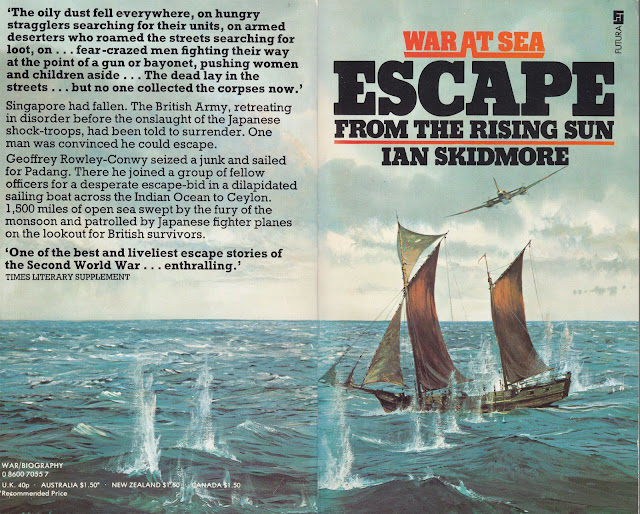 First published in 1974, this is the story of Geoffrey Rowley-Crawley's escape from Singapore after it had fallen to the Japanese.  He seized a junk and sailed to Padang, where he joined a group of fellow officers to escape in a dilapidated sailing boat, the Sederhana  Djohanis, 1500 miles across the Indian Ocean to Ceylon.  After the war, Geoffrey Rowley-Crawley succeeded as the 9th Baron Langford, taking up residence in the family home, Bodrhyddan Castle, in North Wales.
Posted by The Duke at 9:32 AM