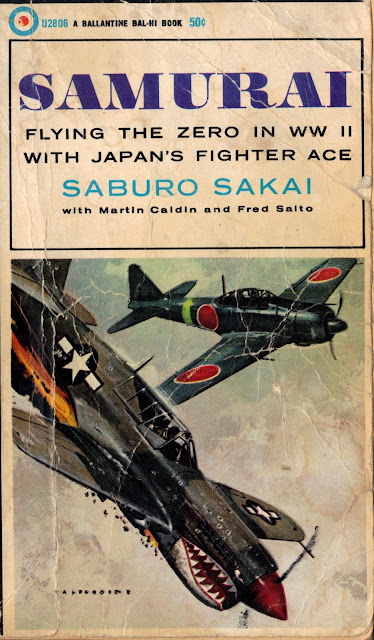 Written in 1956, this book by Saburo Sakai tells the story of the Pacific theatre from a Japanese fighter pilot's perspective. He achieved 64 victories in aerial combat flying Type 96 Claudes and Zeros against first the Chinese, then the Allies. Though seriously wounded in 1942 he returned to combat and was one of the few Japanese pilots to survive the war. Portrait here. 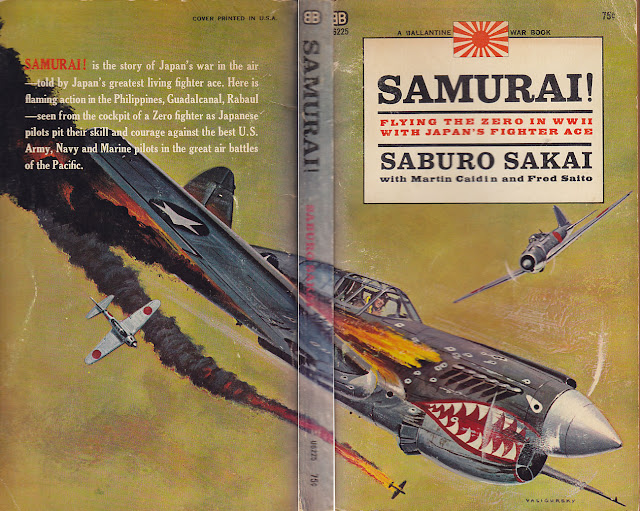 Unusually in this case, the art is signed.
http://www.pulpartists.com/Valigursky.html
Posted by Mister G at 9:45 PM