Even though I never wear patent leather shoes, for $4 I couldn't resist this at Value Village: 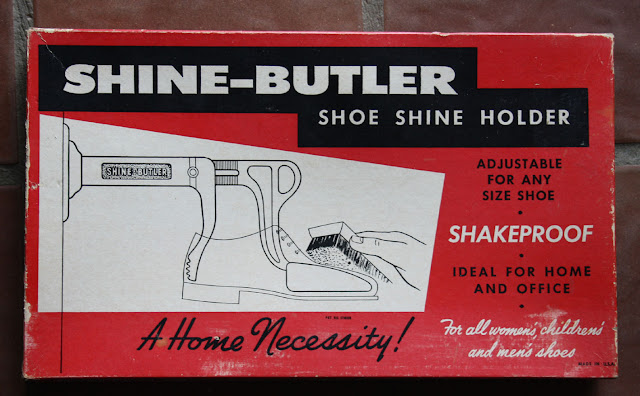 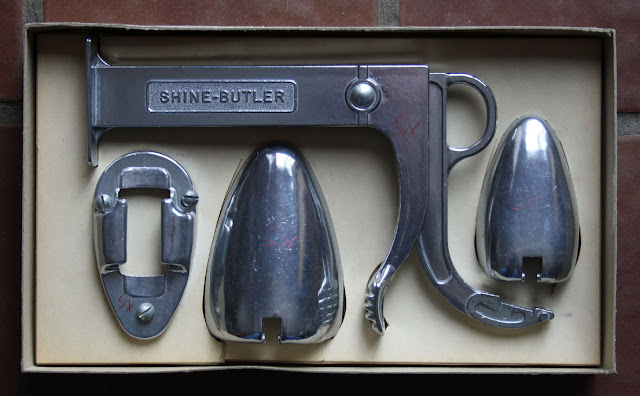 Isadore Jaffe of Cleveland Heights, Ohio received a 1957 patent for this invention, which he assigned to Traveler Products Incorporated of Cleveland. 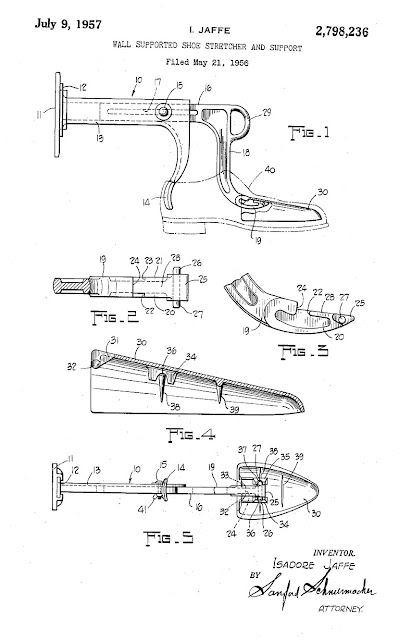 The version I bought was distributed by Hauser & Reisfeld, Inc., of New York City, which seems to have been a general importer in the 1950's.  They also imported such other "home necessities" as this German-made Eupedus Shoe Expander/Stretcher, currently being offered on one website for $650!

I wonder how many Imelda Marcos bought?
Posted by The Duke at 9:56 AM