We used to make things in this country. #31: John Morrow Screw and Nut Company, Ingersoll, Ontario

A number of my drill bits have "Morrow" stamped on them.  I recently acquired some large taper-shank drills which gave more information:

The Ingersoll Historical Photo Gallery has the following excerpt from the 1978 book Ingersoll:  Our Heritage by Harry Whitwell:

"Located on the corner of Thames and Catherine Streets, and Carnegie and George Streets, was one of Ingersoll’s busiest industries, known as The John Morrow Machine and Screw Co., Ltd.  The industry was a small concern when they moved here from London in 1887. The town of Ingersoll gave them a bonus exemption from all taxes, except school taxes for ten years. With energy and enterprise, the manager, John Morrow, and his successor, J. Anderson Coulter, were able to develop and increase the output of the factory.  Every department was well organized and the entire business was conducted in a systematic manner, through the perfection of automatic machines that accurately performed one to five operations without any human aid or control. The quantity of bolts and screws made per day was amazing when compared with the old method of manipulating the metal with tools in the hand of a mechanic.  At one time a large business was done in the manufacture of bicycle parts, but later, the firm concentrated on other lines of work including nearly every size, form and quality of steel, iron and brass screws and bolts required in the construction of engines, mill machinery and electrical apparatus, etc.  One section of the factory was devoted to the production of screws for piano and organ stools, spring wires for Dunlop bicycle and automotive tires, and other specialties."

The Ingersoll Nut Company was a part of the Morrow empire. 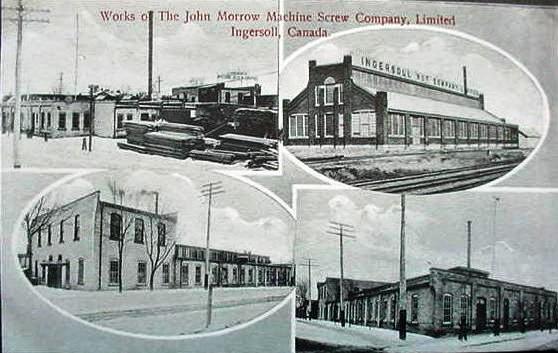 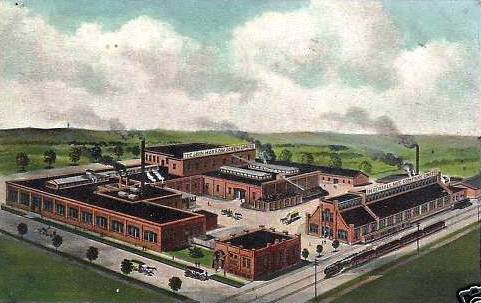 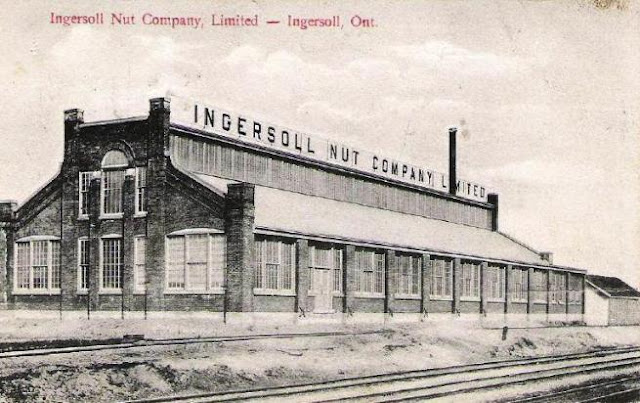 The above images were taken from the Ingersoll Historical Photo Gallery blog, where more historical photos from this company can be found.  The site also included a comment from Jay Proffitt of Ohio about an unusual knife in his possession which related to the Morrow company.  On a chance, I emailed him, and he was kind enough to send a number of photos: 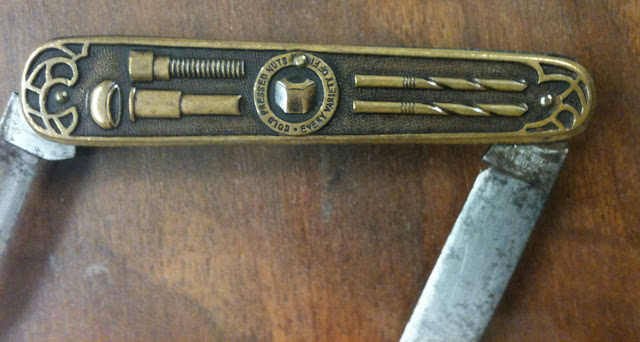 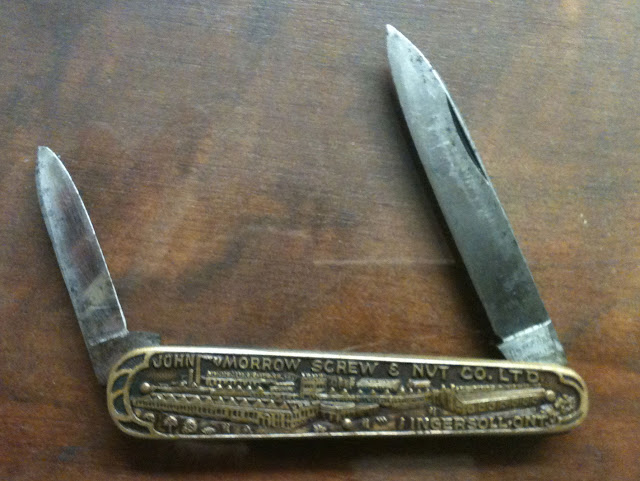 Made in Solingen, Germany by Mercator, he believes the knives were likely promotional items given away to customers back in the day.

At some point, the Morrow Company was purchased by E.A. Wilson, who also owned the Ingersoll Machine and Tool Company (which, as IMT, continues today as a large manufacturer in the area).  Both companies were owned by a succession of Wilsons, who also involved themselves very successfully in speedboat racing beginning in 1933 with the first "Little Miss Canada", and concluding with the Miss Canada IV equipped with a Rolls-Royce Griffon engine, which set a North American speed record in 1949.  Miss Canada IV is in the process of being restored.  Read more at Woody Boater.

In 1974, the Morrow Company was taken over by Ivaco Industries (which itself had morphed out of the Niagara Wire Weaving Company, several of whose directors had been involved with the construction of the Skylon Tower in Niagara Falls, and whose own factory was demolished in 1978).

The production of cold heading steel parts was moved to Ingersoll Fasteners in the south-west part of town where a new plant was built.  Sadly, Ivaco itself fell on hard times and, according to Yahoo, "lingered in bankruptcy since September 2003."  In late 2004 privately-held Heico Companies LLC bought the assets of Ivaco and rolled them into Ifastgroupe, the largest North American manufacturer of industrial fasteners.  As for Ingersoll Fasteners, the end came five years later. A piece in the Ingersoll Times in April 2009 announced the closing of the company:

"Ingersoll Fasteners has been producing various fastener products for over 100 years. It was founded in 1887 as Morrow Screw and Nut Company. In the late 1960s, it was purchased by Ivaco Corporation and moved to its current location at Ingersoll and Thomas Streets in the 1970s. Various expansion projects have seen the facility grow to 235,000 square feet of production space.

'While Ingersoll had survived two World Wars, one Great Depression and several economic recessions, unfortunately, the combined impact of the faltering economy, collapse of the North American automotive sector, and the increasingly aggressive presence of foreign competitors have delivered a fatal blow to our collective aspirations of making Ingersoll profitable again," said Dalgleish.'"

Very bad news for the 120 employees who lost their jobs.  The original Morrow factory is long abandoned.  For a sad photo of it today, see Ontario Abandoned Places.

A few weeks ago I had the opportunity to visit the Ingersoll Cheese and Agricultural Museum, which has a large display of material from the John Morrow firm.  Below, photos courtesy of that visit: 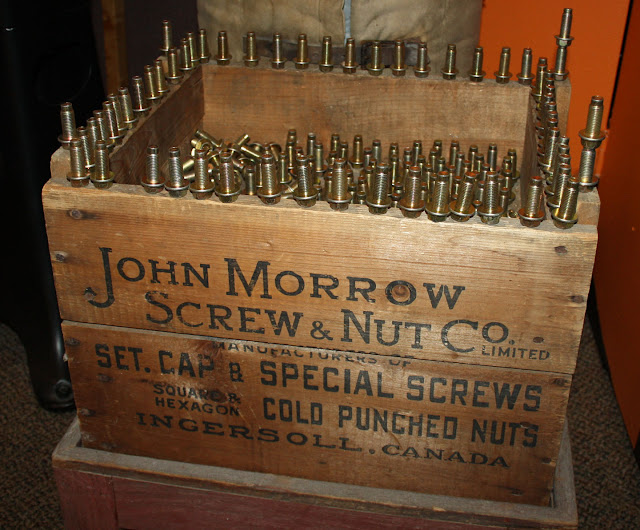 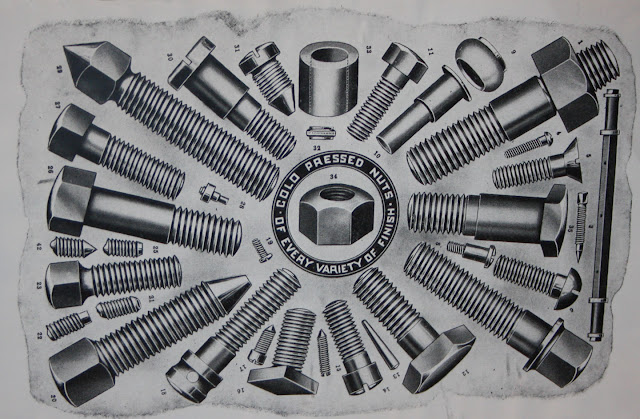 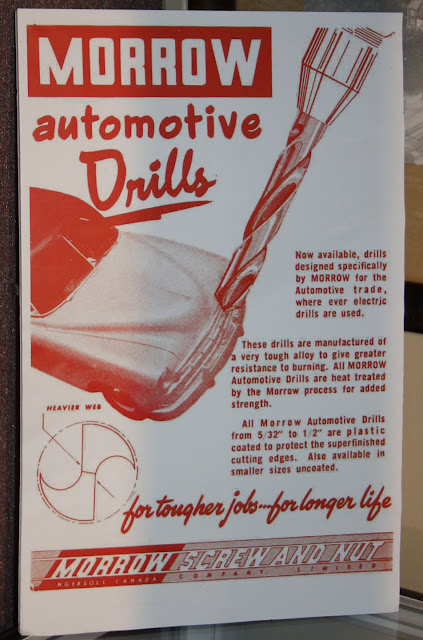 I have this knive would like to findout price on it

I bet u would lol

My family is the "Wilson" family that purchased Morrow. Would love to get that knife as a gift for my dad, if you're interested in selling. Please let me know.

I'm not the owner of the knife. If you read the post carefully, you'll see my reference to the owner. You may be able to track him down on the Ingersoll site I mention.