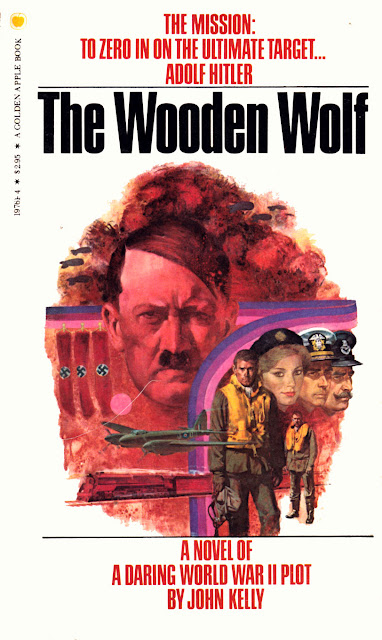 Mister G and I love the DeHavilland Mosquito (aka the "Wooden Wolf") and this is a great novel about one of them.  It focuses on a fictional "Operation Maccabee" in November 1944, in which a heavily armed Mossie is sent to destroy Goring's private train, Asia, which is reported to be carrying Hitler.

Due to their speed and low radar profile, Mossies were frequently assigned to nightfighting duties.

Originally published by E.P. Dutton in 1976, the Golden Apple edition came out in 1984.  John W. Kelly, the author, is fascinating.  He piloted a nightfighter in the U.S. Navy and the RAF during World War II, and was later a professor of anatomy and pathology who also conducted research in cell biology.