We used to make things in this country; # 27: Sailing Ships 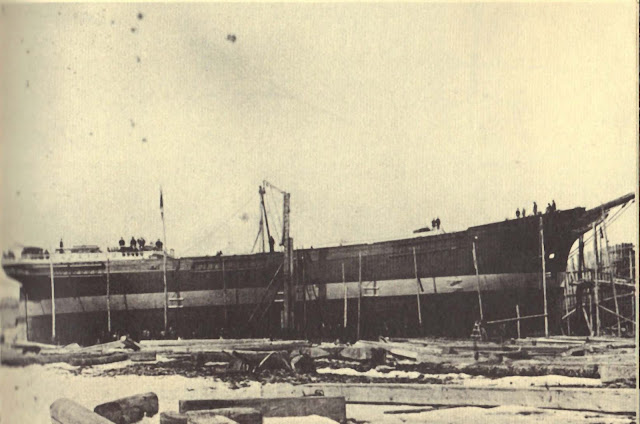 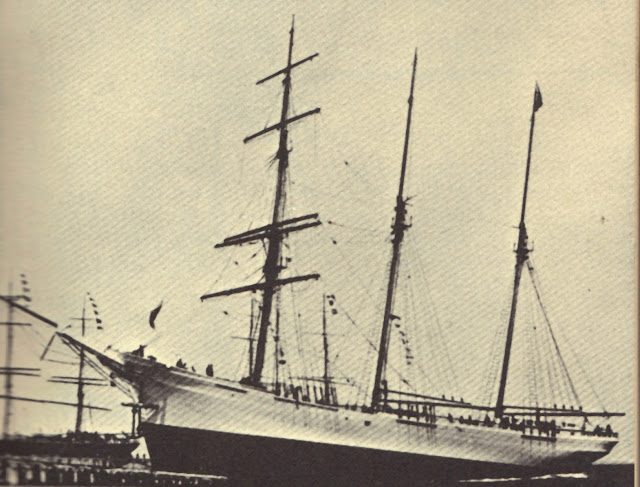 Launching of the barquentine Skoda. 658 tons. Launched in 1893, it was the last ship built by Ebenezer Cox and was also the last vessel built in Kingsport N.S. 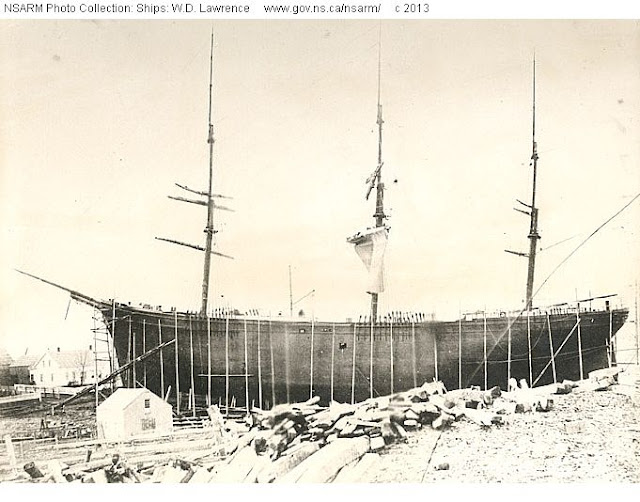 Travelling through the quiet little seaside towns of the Maritimes these days, its hard to imagine that more than a century ago, these towns were the center of the worlds shipping.
Sailing ships of all descriptions had been built in the area since the 1700s, but in the last half of the 19th Century the large cargo-carrying square-rig ships, barques and barquentines had reached their zenith and had become the main product of the many yards in New Brunswick, Nova Scotia and PEI. Pretty much every seaside town had a shipyard, many with several.  Without listing every town and every yard some idea of the scale of this industry can be seen in the following information.
In 1853, 80 or more ships between 1000 and 2000 tons were launched in the Maritimes. Ships of this displacement class were large ships generally 200 feet or more in length. In 1875 the total built was over 500. In 1878 there were 7196 Canadian-registered ships and we were fourth in the world in seagoing tonnage. At one point the Shipping Register of Liverpool showed that more than 85% of commercial ships over 500 tons had been built in Canada.
By 1895 it was all over. The forests were largely gone, steel and iron had taken over for shipbuilding and steamships had become fast and reliable. The shipyards in the maritime towns were closing down and they slowly disappeared.