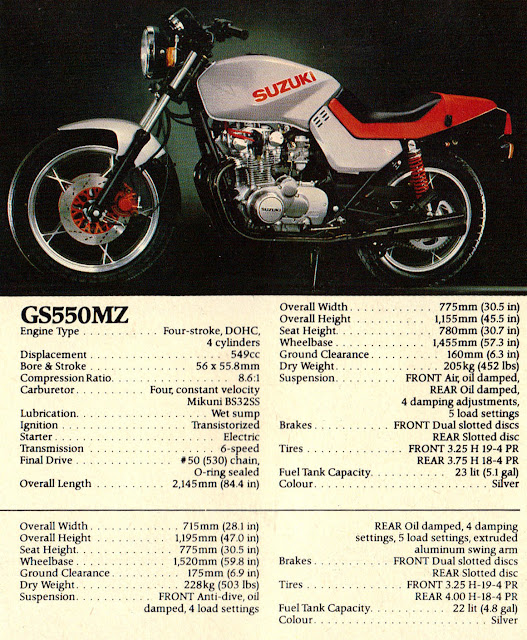 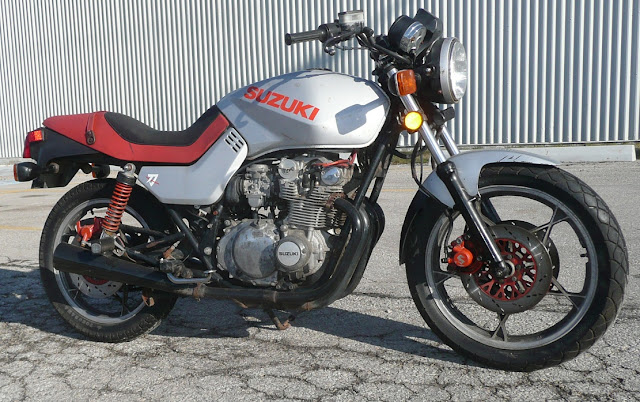 When the Suzuki Katana was released in late 1981 to a stunned motorcycling community, all the attention was on the larger 1000 and 1100 cc bikes, the 550 shown here illicited mostly only curiosity and disbelief, it was no faster than the standard 550 and the styling seemed even weirder and unfinished with orange calipers and details. Apparently the colour scheme below was available in Europe. I don't know if it helped the appearance. Or sales...
this is the only picture I've ever seen of this version. 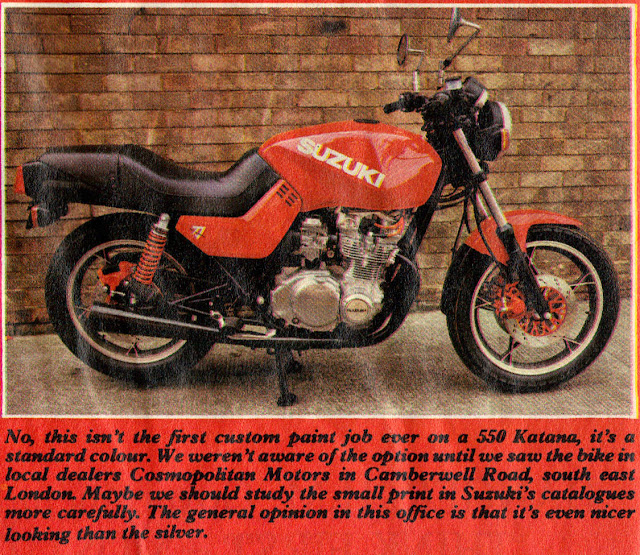 Picture scanned from Sept 1982 issue of The Biker magazine. not much info on that presumably vanished British magazine- I can find back issues from the 1980-82 period online. 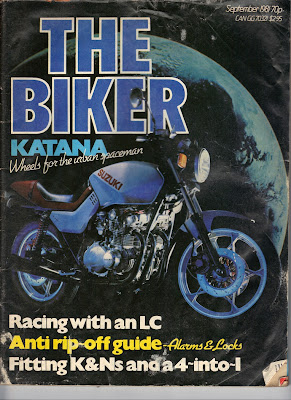 Still - better than the average looking 550 of the time - I know this was an "ugly duckling - but I've always liked it.

Maybe from certain angles it looks oK... but I always figured it needed a small fairing of some sort.