Derelict U-boats exert a powerful fascination.  Below, U-534, sunk in 1945, salvaged in 1993, and now on display in sections at the Woodside Ferry Terminal in England as part of "The U-Boat Story."


In a previous post, I discussed several books dealing with the wreck of the U-869.   U-352 is a popular diving destination off the coast of North Carolina:

Not surprisingly, this has also become the stuff of fiction.  Jack Finney (best known for writing the book behind the movie, Invasion of the Body Snatchers) published Assault on a Queen in 1959, which tells the story of the salvage of a World War I U-boat to be used to stop and rob the Queen Mary.  In 1966, it was made into a movie (although the U-boat in the film became a World War II version): 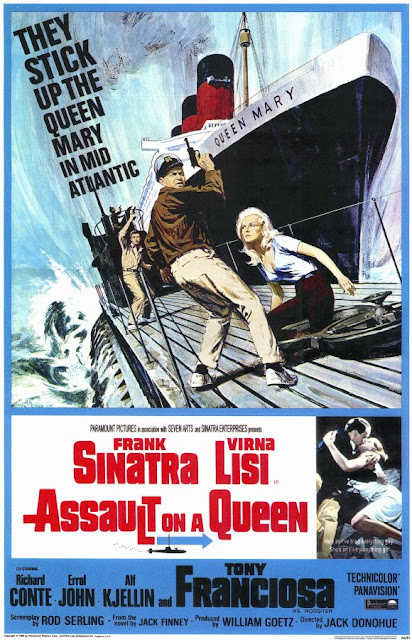 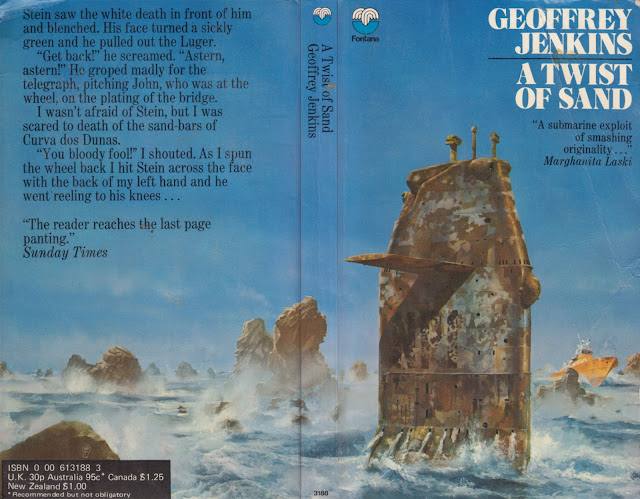 This was followed by a 1974 book about another wreck: 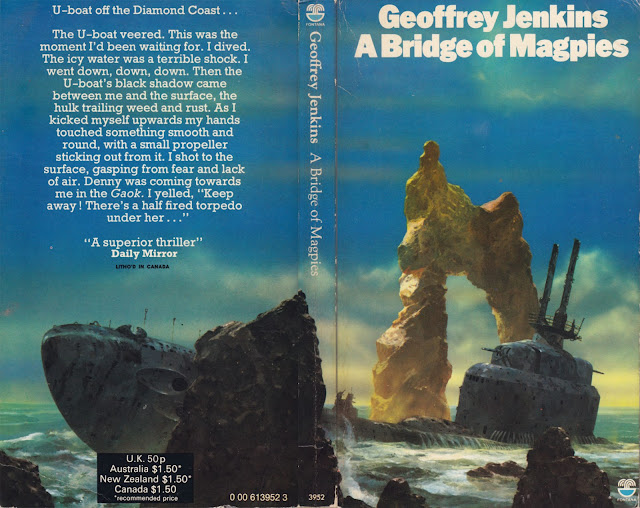 As an aside, Jenkins was friends with Ian Fleming, and claimed that he and Fleming had developed another idea for a James Bond storyline in 1957.  As the story goes, Jenkins finished the novel but it was rejected, and now only a few pages remain in the custody of his son.
Posted by The Duke at 10:18 AM