Light reading for an airplane trip: Collision over Toronto Airport 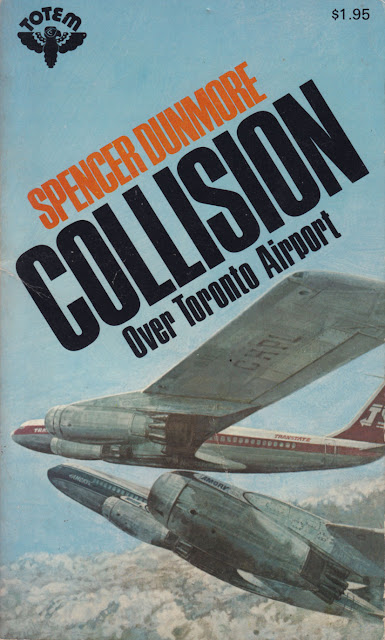 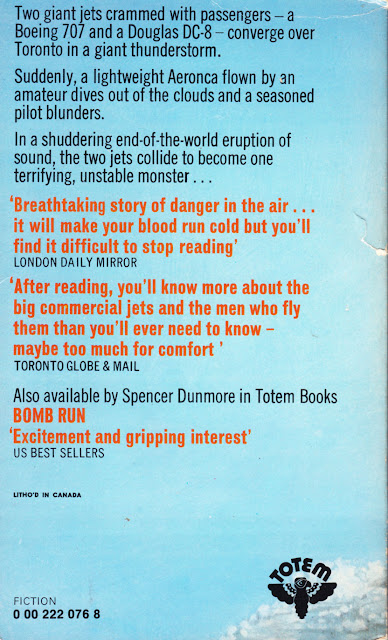 Published in Toronto by Totem Books in 1974.  Not enough that a 707 and DC-8 are going to collide--the author had to throw an Aeronca into the mix as well!  I wonder if this book was ever sold in the Toronto airport book store?

Spencer Dunmore is a British-born writer who has made Canada his home since 1954.  He's published many books, particularly about military history, and has collaborated with Robert Ballard on a book on the Lusitania.  His 2002 book, Lost Subs (De Capo Press/Madison Press), is particularly fascinating, with many excellent photographs and pictures.