We used to make things in this country. #28: Stewart's Stationary Stores Ltd.

An old box of Canadian-made staples:

Nice alliterative name.  Probably not the manufacturer, but likely a small chain store with enough purchasing power to have staples made for use under its own name.  The "Leeds Brand" is clearly British-sounding, suggesting these staples were being sold at a time when British-made items were considered of higher quality (i.e., pre-World War II).

From back in the day when pasteboard boxes used to be made with steel reinforcers on the corners, and little tags were put in the box to tell you who had inspected it!  Well done, Packer No. 7! 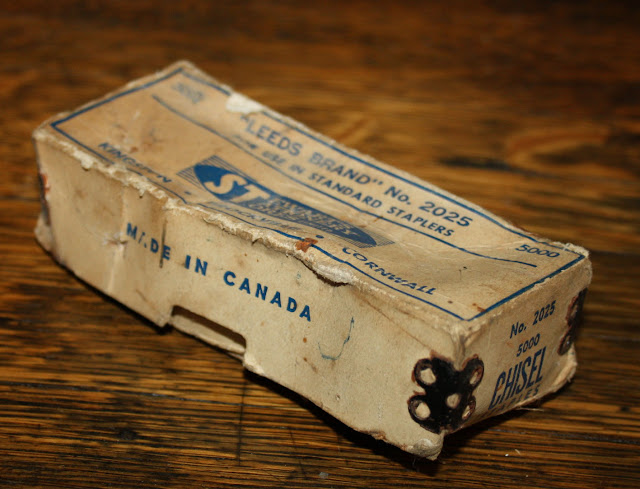 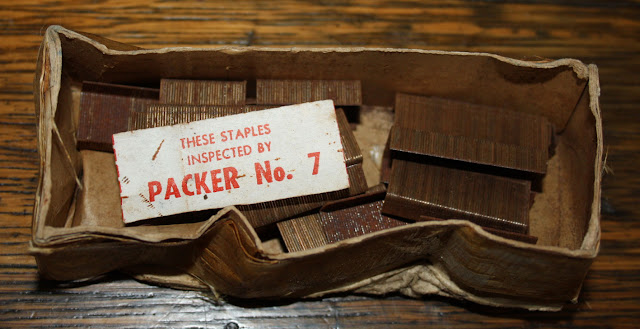