Above, my Champion DeArment nippers.  Below, from another tool:

Below, side cutters under the Channellock name: 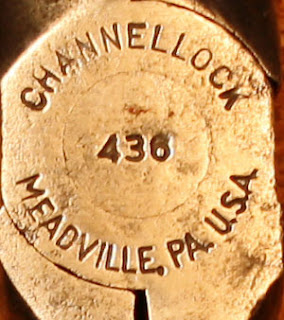 George B. DeArment was a blacksmith from Evansburg, Pennsylvania.  In 1886, he began hand forging farrier's tools, creating a business named the Champion Bolt and Clipper Company.  In 1893, the company faced financial ruin after a local bank teller left with the company's funds.  With hard work, the company was up and running the following year. In 1904, the firm moved to new, large facility in Meadville and added nippers, pinchers and open-end wrenches to its product line.  George's two sons became partners in 1911, when hammers were also added to the catalogue.  In 1927, the company became the Champion-DeArment Tool Company.  In 1933, the tongue-and-groove slip-joint pliers were developed, and the trademark "Channellock" was registered in 1935. 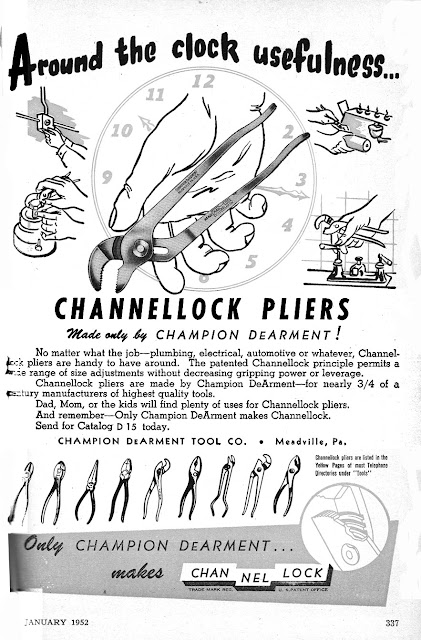 The word “Channellock” eventually became so synonymous with their product that the company changed its name to Channellock, Inc. in 1963 to capitalize on the popularity of its product.

Channellock is currently managed by the fifth generation of the DeArment family.  From what I can find, their products are still made out of their Meadville factory where, with 500 workers, they are the largest employee in Crawford County.  Today, Meadville is colloquially known as "Tool City, USA." 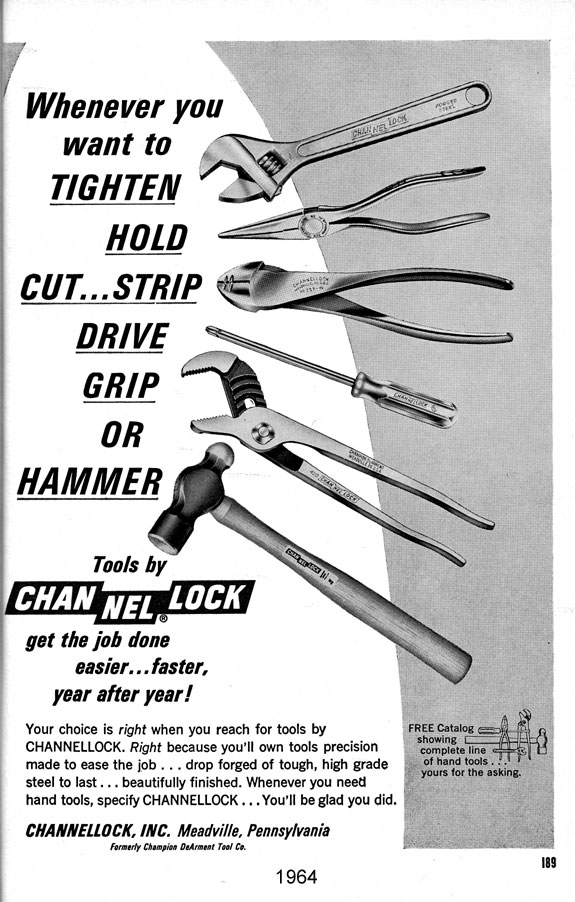 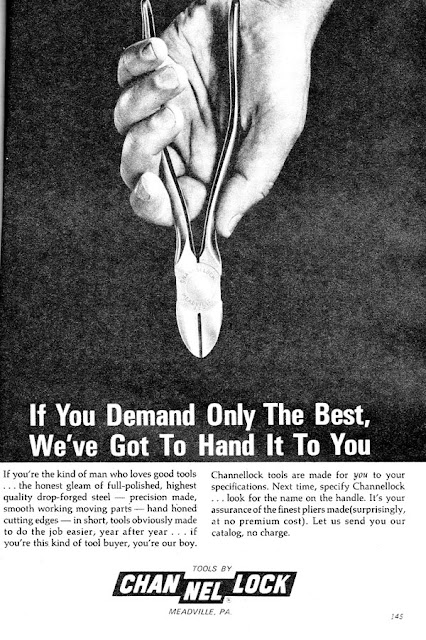