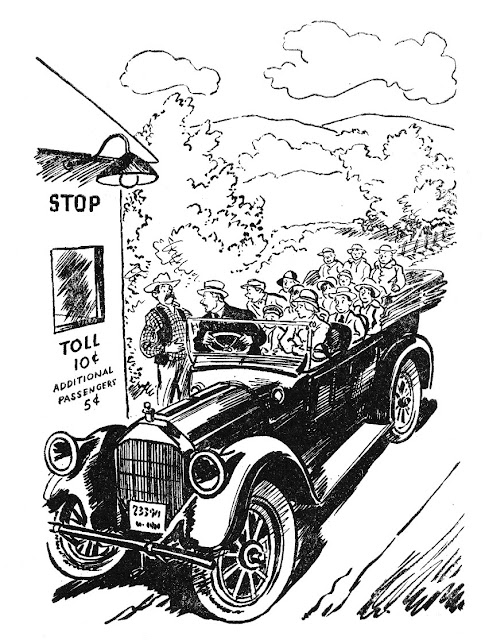 I rediscovered my original copy of Frank B. Gilbreth, Jr. & Ernestine Gilbreth Carey's Cheaper by the Dozen (New York: Thomas Y. Crowell Co., 1948).  The illustrations are by Donald McKay.

The book is a humourous biography of their celebrated parents, Frank and Lillian Gilbreth.  The dedication is wonderful:


To DAD who only reared twelve children and

To MOTHER who reared twelve only children.

Below, a description of "Foolish Carriage", the Pierce-Arrow that he bought new for the family: 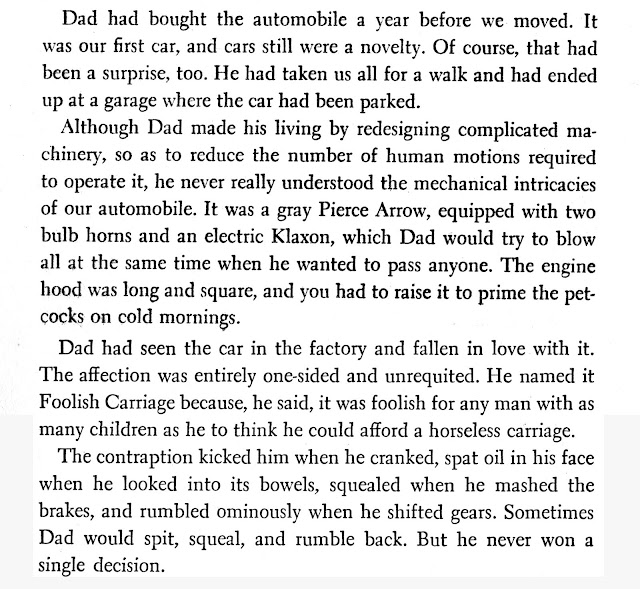 Frank Butler Gilbreth Sr. and his wife, Lillian Moller Gilbreth were among the first "motion study" industrial engineers in the world, discovering ways to increase efficiency in a variety of fields.  One of the projects they were involved in was the development of the design for the Simmons Hardware Company's Sioux City warehouse. Simmons was the maker of the "Neverslip" alligator wrench.  Gilbreth filmed many of the activities he was studying, and his Wikipedia page has a nice link to a collection of these films from the early decades of the last century.

The book was made into a 1950 film starring Clifton Webb as Frank Gilbreth and Myrna Loy as Lillian.

Given the way in which the automobile contributed to the vast spread of roadside litter, I found the following very apt: 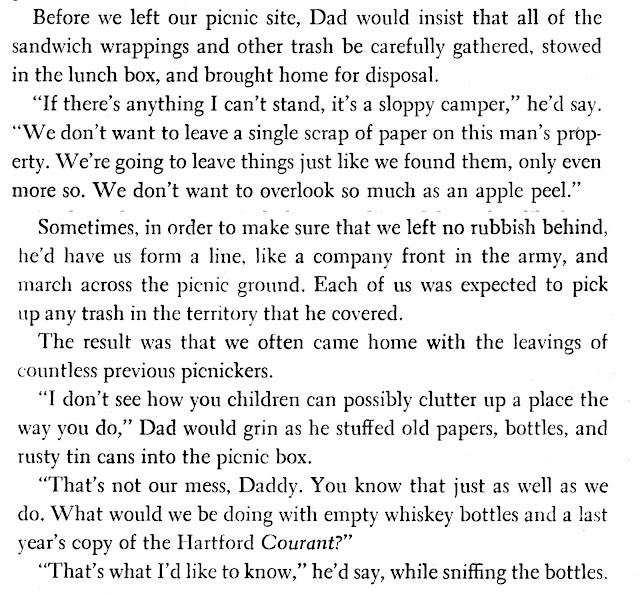 Gilbreth died of a heart attack in 1924 at only 55 years of age.  He spent his life searching for more efficient ways to accomplish tasks. Below, the concluding paragraph in the book.  I like it: