We used to make things in this country. #281: Dixon Ticonderoga Co., Newmarket, Ontario 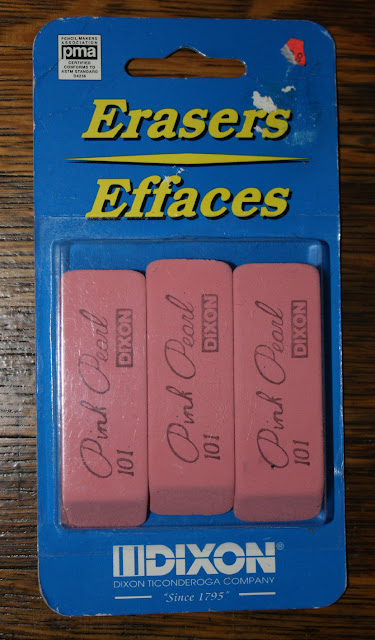 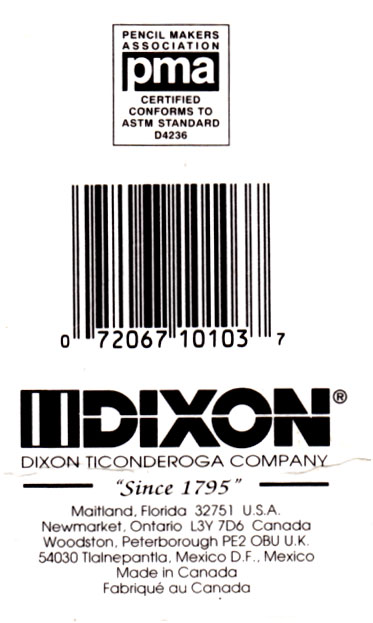 Dixon Ticonderoga Co. is one of America's oldest corporations. Joseph Dixon was a brilliant inventor, manufacturer and entrepreneur.  In 1827 he founded the Joseph Dixon Crucible Company in Salem, Massachusetts.  At that time, graphite was an essential ingredient in stove polishes, lubricants, brake linings, oil-less bearings, and paints.   Dixon invented a heat-resistant graphite crucible that greatly improved the production of steel during the Mexican-American war, and built a factory in 1847 in New Jersey to make these items.  At the time of his death in 1869, it was the largest manufacturer of graphite products in the world, and Dixon counted among his acquaintances  the likes of Robert Fulton, Samuel Morse and Alexander Graham Bell.  Writing instruments consisted of quill pens and ink.  Dixon introduced the first graphite pencil in 1829, but it wasn't until the American Civil War that demand for the pencil took off.  One of the first Americans to mechanize pencil manufacturing, by 1872, the company was making 86,000 pencils a day.  During the 20th century, the company grew through mergers and acquisitions.  In 1957, it merged with the American Crayon Company which had acquired the rights to use high quality art materials produced by the L. Prang Company of Boston founded by Louis Prang, a brilliant Polish immigrant who had produced the first American Christmas cards in 1874.  (Prang's name is engraved on the base of the Statue of Liberty along with other immigrants who made great contributions to the United States.)  Perhaps the most important merger occurred in 1982 when the Dixon Crucible Company merged with the Bryn Mawr Corporation,  a Pennsylvania transportation and real estate company with operations dating back to 1795, the beginning of President George Washington's second term. Together, these companies formed the Dixon Ticonderoga Company, named after Joseph Dixon and its oldest brand-name pencil.

The Canadian Division of the company came to Newmarket, Ontario in 1931, acquiring the William Cane woodware factory. William Cane originally built his factory in 1885, becoming the largest of its kind in Ontario and turning the quickly disappearing York forests into doors, sashes, wheelbarrows, and woodenware of all kinds.  That same year, the factory burned down.  Cane responded by forming a joint stock company (with his 11 sons!), the William Cane & Sons Manufacturing Company and building a new all-brick factory. 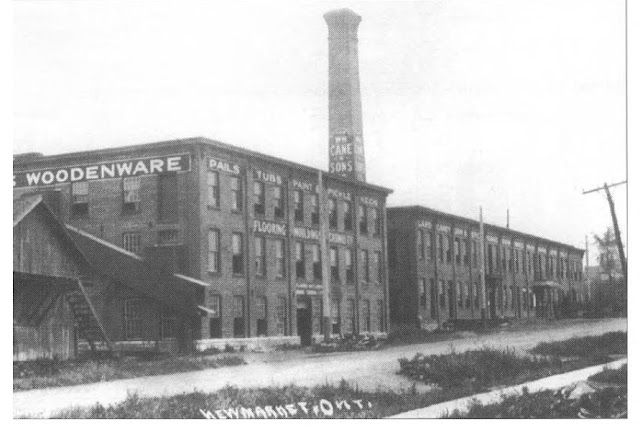 The company began making pencils there in 1927, the first in Canada to make these items. The company had grown to 130 employees by the time it was shut down in 1990. 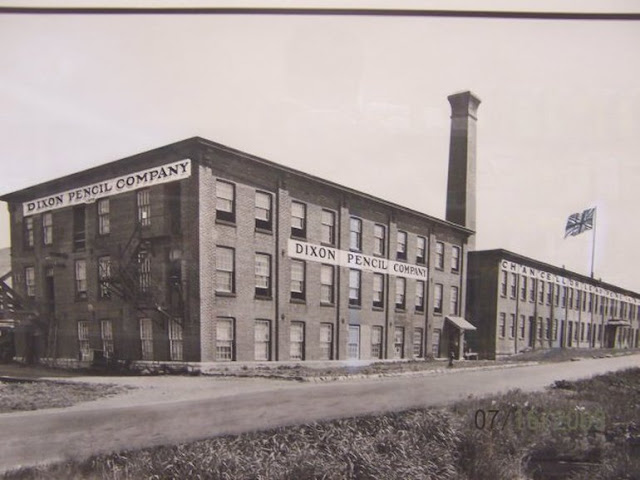 The factory was converted to a Medical Center currently named Dixon Medical Clinic and the original smoke stack is part of the building still.

Images above and below from Newmarket Heritage. 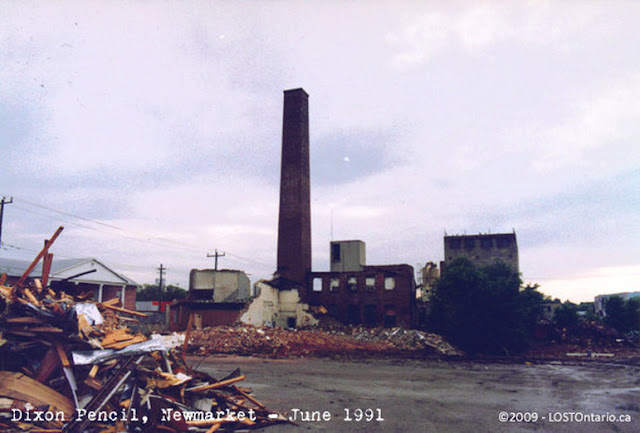