History in Scissors: The Americans

Scissors are beautiful tools and I'll always buy an old pair if I find it locally and it's made by one of the old scissors manufacturers, most of which are now long gone.  Below, what I've been able to turn up so far.

John and Henrie Clauss came from Germany and established the Elyria Shear Works in Elyria, Ohio.  Starting with just five employees, they eventually built the firm in the largest manufacturer of scissors and shears in the world.  In 1887, they relocated to Fremont, Ohio to gain access to the natural gas reserves which had only recently been discovered and which proved perfect for their manufacturing needs.  In 1919, they merged with the Henkel Company, also of Freemon, to creat the Henkel-Clauss Company.  In 2004, they were acquired by the Acme United Corporation.

Theophilus Hessenbruch immigrated from Prussia to Philadelphia, Pennsylvania and started the T. Hessenbruch & Co. hardware business there in 1873.  They imported and sold German-made straight razors under the Bear pruning trademark.    Their son, Hermann, was born in 1846 in Philadelphia and had joined the firm with his father by 1880.  He assumed control in 1906, renaming the firm H. Hessenbruch Co.  The company ceased operations around 1926.  Herman's son was subsequently issued several parents assigned to the Philadelphia Lawn Mower Company. 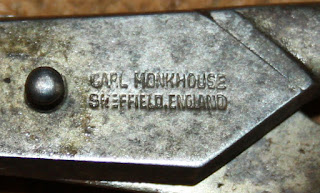 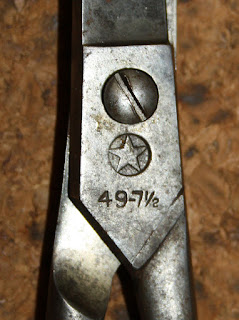 Carl Monkhouse started business in Solingen, Germany sometime around 1912. He and the company moved to Allegheny, NY, in 1937.  However Monkhouse also used imported Solingen, some Sheffield and some American steel in manufacturing their products. They also imported some products and relabeled them. Some Monkhouse scissors are labeled Sheffield, England, even though the company was in Allegheny. 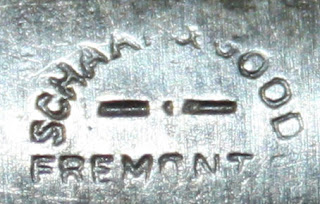 I can't find any information on the founding of this firm.  However the surname Schaaf is highly represented among knife and scissors manufacturers in Solingen, Germany in the 1920's, so it's probably safe to assume that one of these folks brought his skills to the U.S. and partnered with Good. The Schaaf & Good Company, manufacturers of scissors and shears, was acquired in 1944 by the W.R. Case & Sons Cutlery Co and E.W. Smiley of Sturgis, Michigan.  This became the basis of the Case-Smiley Corporation out of Freemont, Ohio.  In 1949, Smiley sold out and the new company became the Case Shear Corporation, moving to Nashville, Arkansas in 1953.  Today, the firm is owned by Zippo.

Founded by Jacob Wiss, a Swiss immigrant who came to the U.S. in 1847, by 1914 they had become the world's largest manufacturer of scissors and shears.  See my previous post.  Today, the tool division is part of the Apex empire. 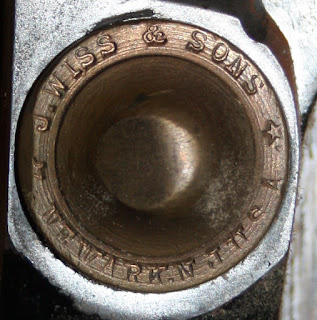 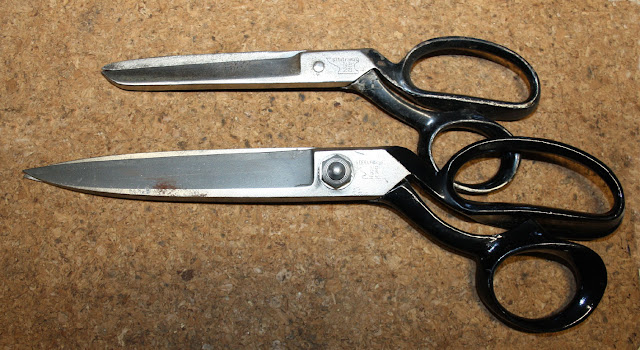 Hi, Unfortunately I can't find anything on that name. I'd love to see pictures of the scissors if you could send them to me. gerald@vanwyngaarden.ca I can add them to the post and see what comes up.

Thanks for the comment. Can you send me a picture or two? I'll add them to the post.

Hey just found this site while I was looking for info on some scissors I found that say CARROLL SMILEY, INC FREMONT, O. maybe I'm missing something somewhere but I can't find anything online that has that company name on it. Any help would be awesome! Thanks

Best scissor brands You made such an interesting piece to read, giving every subject enlightenment for us to gain knowledge. Thanks for sharing the such information with us to read this...