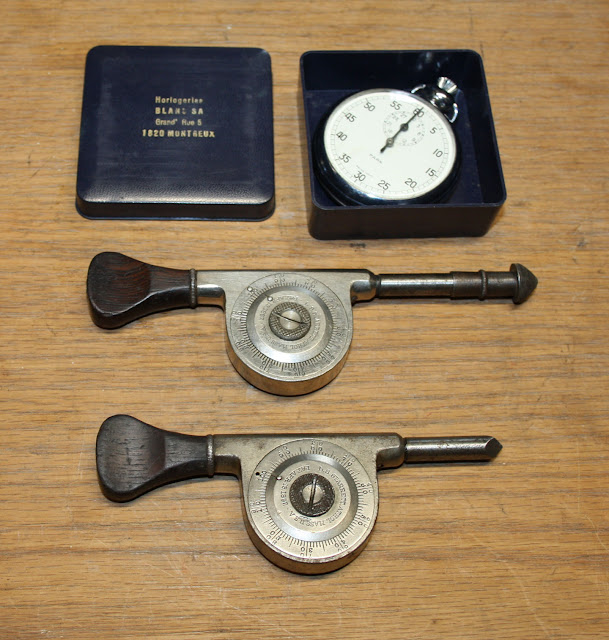 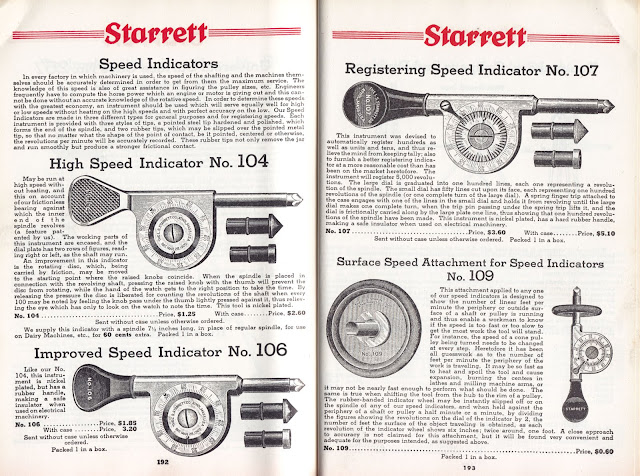 Before digital readouts, there were various tools put in the market to assist in estimating the speed of rotating parts.  Above, an earlier one from Starrett.  This requires you to hold the tool against the spinning part, being ready to click on a stopwatch as soon as the dial reads zero, then take a reading 30 seconds or a minute later, and calculate revolutions per minute.  Having used it, I can say: awkward.

Last summer, I stopped at a local yard sale to discover the Swiss-made Jaquet Universal Tachometer, which allows you to take direct readings from a spinning shaft or chuck or whatever. Unfortunately, also rather complex in use.

(I have a separate economy for buying unusual tools, and it really worked out here.  My neighbour was going to throw out a lovely wooden door with glass panels that he had replaced, but agreed to give it to me.  I sold it for $30.  The tool below was $30.  Score!) 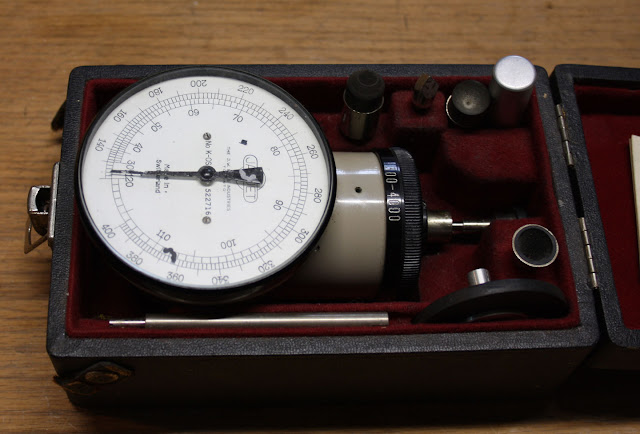 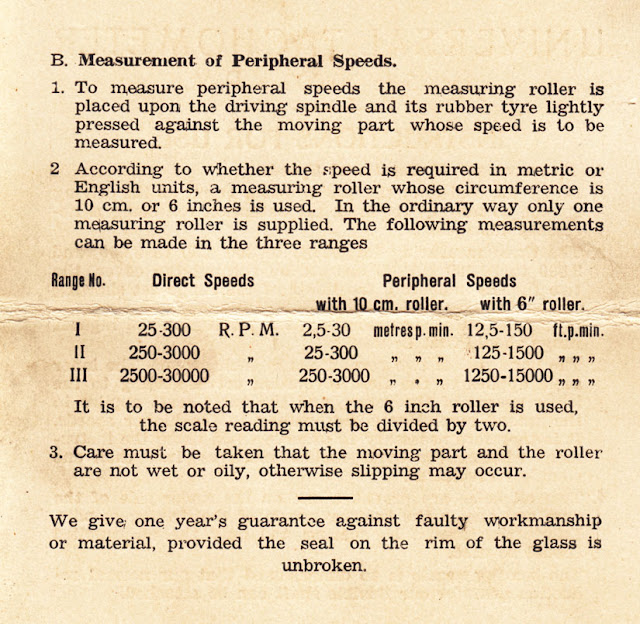 A few months later, I found the Smiths Instruments device below, in its original box, in the Brockville ReStore.  Ta da and British Smiths to boot!  Lovely and simple instrument, happily now kept handy beside the South Bend metal lathe. 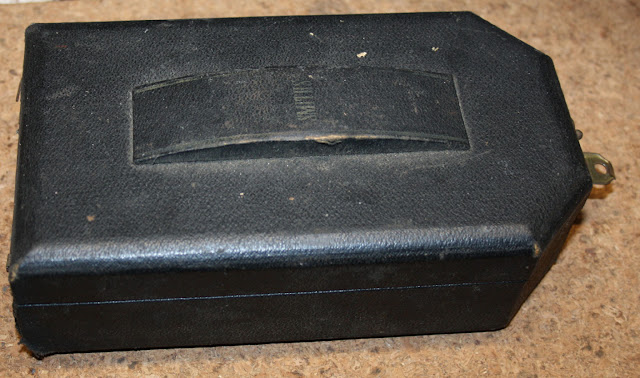 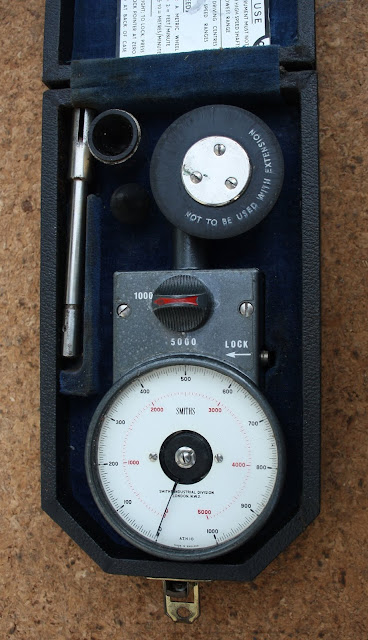 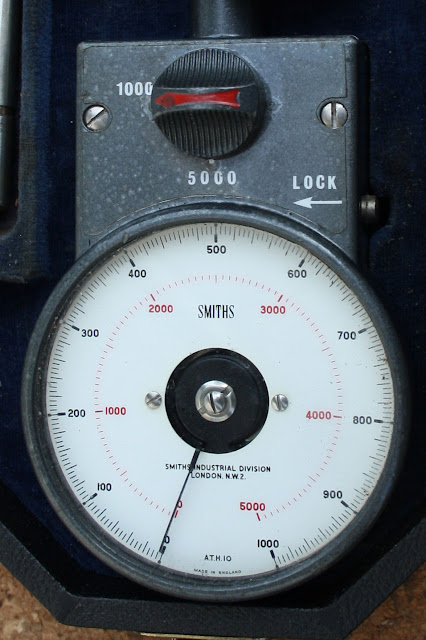 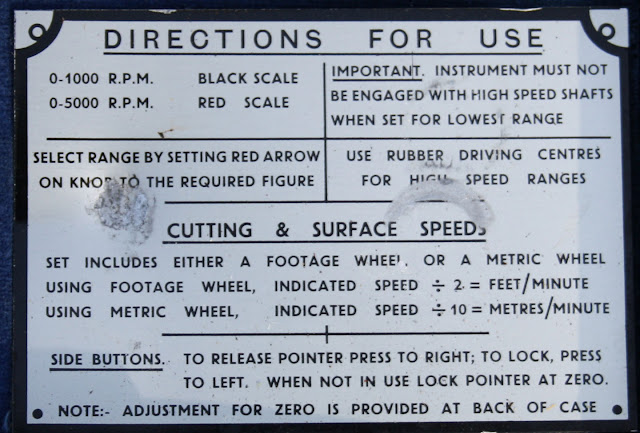 Finally, an ad (probably 1960's) for a watch tachometer that included a built in stopwatch.  Don't know who the maker was, but clearly easier to use than the Starrett version above.