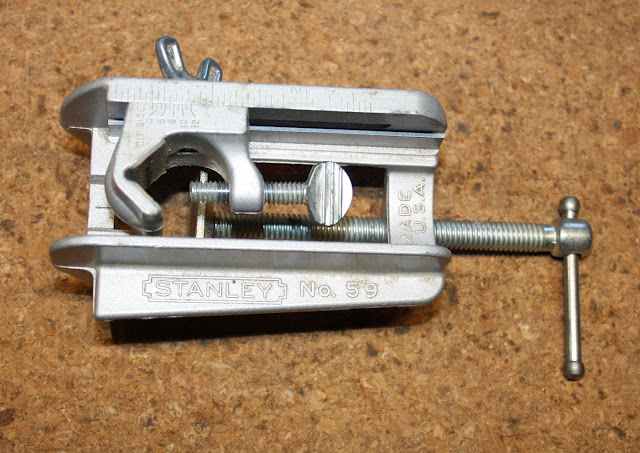 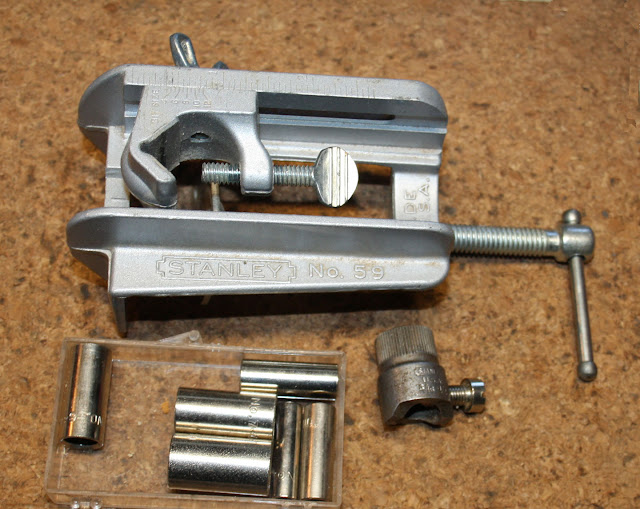 Decades ago, a long-standing hardware store named Vandervoorts was located in downtown Kingston.  This was one of those wonderful places where you could pretty much find anything, buy one thing, or buy a dozen. Not like the generic Crappy Tire stores that have replaced them. Anyway, in the face of increasing competition, the store eventually became mainstream, but not before having a big sale of items.  I bought this jig back then, and have got my money out of it many times since.  Apparently, it's no longer available from Stanley.

I've uploaded instructions on how to use it here:  Stanley No. 59 Dowel Jig.

Below, an even lovelier British-made dowel jig produced initially as the Record 148 in the 1970's before receiving the Marples brand by the combined firm in the 1990's.  It looks so much more sophisticated than the Stanley offering, but all I have are the pictures.  (Online instructions for the tool can be found here.)