I occasionally turn these tools up in my area of the country.  Below, a set of nesting combination wrenches which could be secured and stored with a screw and wing nut through the centre of the wrenches. 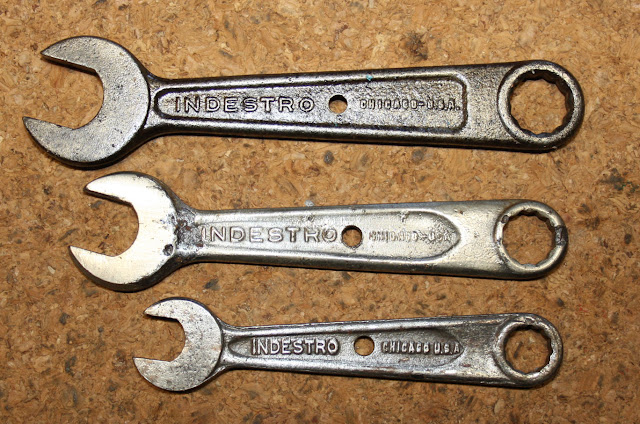 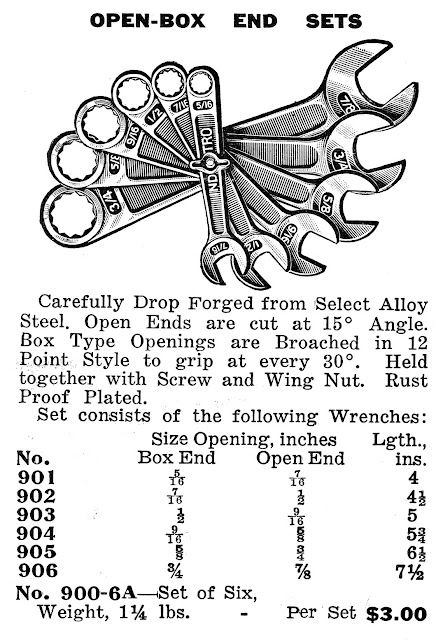 They also came as box-end wrenches, which could be stored in their "Kliptite" holder. 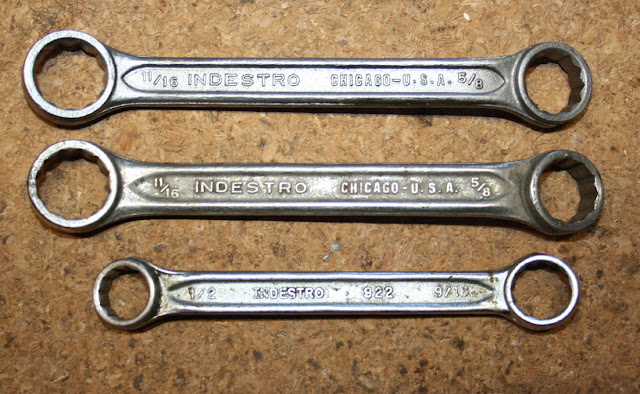 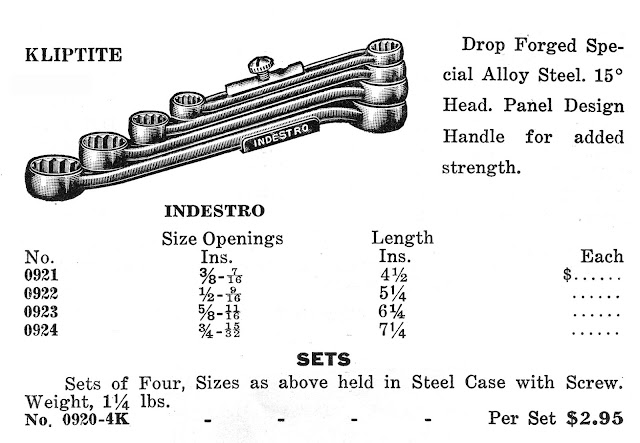 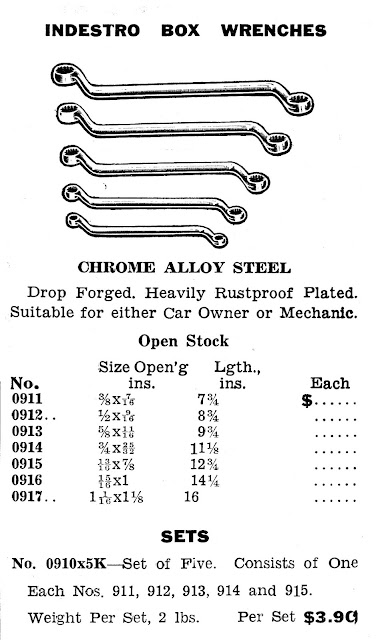 Below, the evolution of their wrench styles, ending with the Indestro Super T4 which originally sold for $1.16!

See my previous posts on the Duro Metal Company and on Nut and Re-Threader Wrenches.

The best (and most amusing history) of the co-mingled Duro and Indestro firms can be found on the online Made in Chicago Museum.  Duro was founded in 1917, but it, along with Indestro, came to an end in 1990.

My father-in-law worked at Indestro shop for over 20 years. When cleaning out his garage I have found many tools rusted and pitted. I'll try to clean them up and pass them on to the kids. I doubt if they have any collector value. After cleaning them up I'll post what is here.

Thanks, I'd love to add them to the post. please send to Gerald@vanwyngaarden.ca