History in Scissors: The British 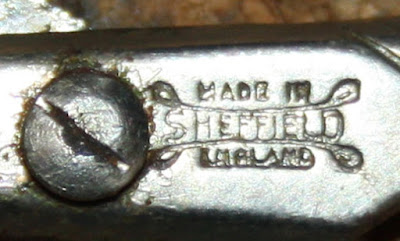 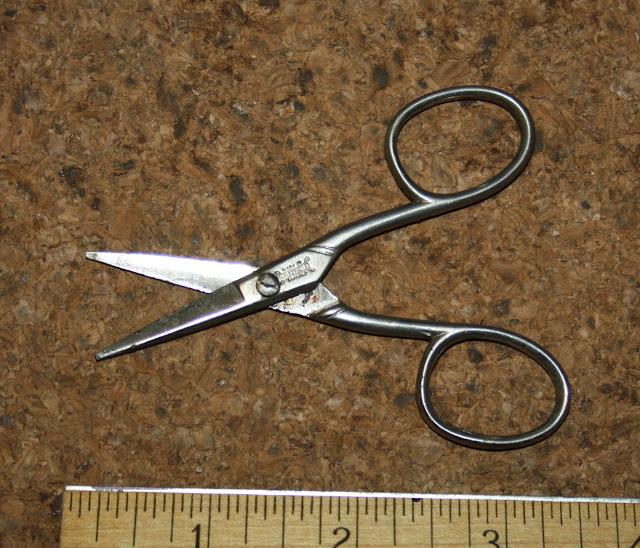 
In the 1970s, Sheffield boasted no less than 150 small scissor-making companies. Now there are just two. One of those companies is Kutrite, established in 1902 as Ernest Wright & Son. The other remaining Sheffield scissor manufacturer is Whiteley's - established in 1760 as William Whiteley & Sons (Sheffield) Ltd. The company, now based at Crystal Peaks, celebrates its 250th anniversary in 2010 and sells around 250,000 pairs of scissors worldwide each year.

To view a short video of a "putter" assembling scissors in the traditional way, click here.

Paul and Stefan Richartz came from Solingen to Sheffield in the 1930's, anglicizing their knife and scissors company's name just before World War II.  Their trademark was a lamp post.  The factory sustained significant bomb damage and was moved to a new location in 1946.  They had a wide range of products, including many economy items, which made them possibly the largest cutlery firm in Sheffield. 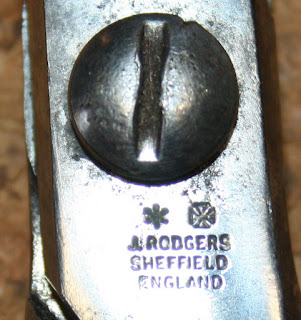 Above, scissors.  Below, from a straight razor. 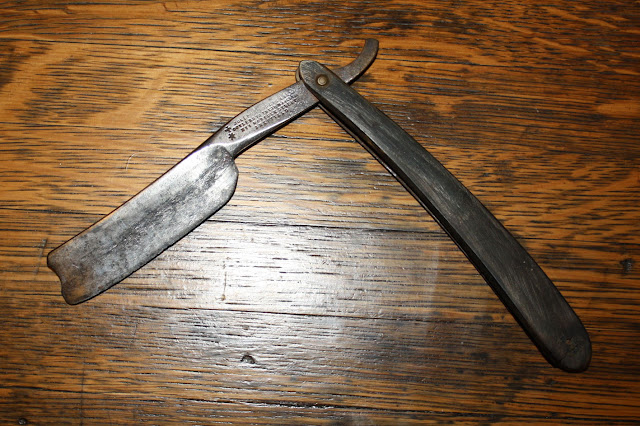 Joseph Rodgers was based on Guernsey Road at Heeley. The mark of The Star and Maltese Cross was originally registered in March 1682 by a Benjamin Rich. However, it is with Rodgers that this mark will forever by associated and they registered it in 1764. They were located at No. 6 Norfolk Street in Sheffield (one of my pen knives carries this address) but that location was sold by 1929.

Losses started to build during the Great Depression. From a workforce of 1500 in 1914, the company had reduced to 325 employees in 1961. The company bought George Wostenholm & Son Ltd in 1971, however, it stopped trading by 1983. The name is now owned by Egginton Brothers and is still being stamped on Sheffield made cutlery today.


The Rogers/Richards/Wostenholm conglomerate has a long history. George Wostenholme dates back to 1745, becoming Wostenholm (without the final 'e') by 1815.  By the mid 1800's, the American continent had opened up for the company, and soon their trade was nearly exclusively with America. In 1848 another factory was bought, named the Washington Works in honour of America. After the WWII, when part of Washington Works was destroyed by a German bomb, Wostenholm's was poorly positioned to exploit the economic upturn in the 1950s and early 1960s. Competition was also growing from the Far East, which would eventually drive Wostenholm's out of business. In 1961, the firm made several acquisitions - for example, Christopher Johnson, Champion - to strengthen the company, especially in the scissor market. However, in 1971 Wostenholm itself was bought by Joseph Rodgers and the new company, Rodgers-Wostenholm, moved to Guernsey Road. In 1975 this joint firm was bought by Richards, which in turn was bought in 1977 by Imperial Knife, an American firm based in New York. The Washington Works was demolished in 1978.However, the business never made money for its American owners and by 1983 the Richards-Rodgers-Wostenholm group was bankrupt, the end of 179 years of operation.