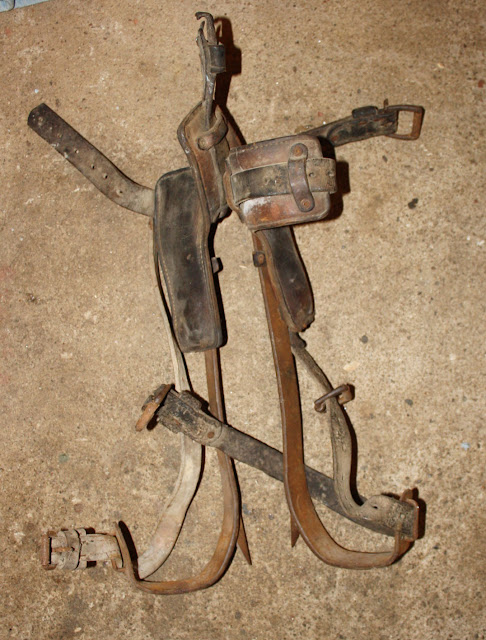 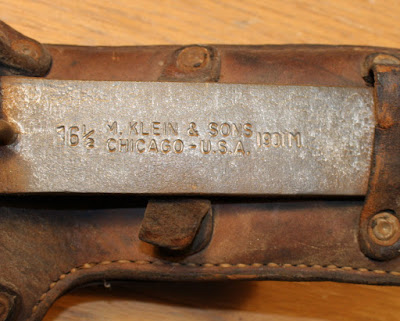 My late father began his career as a linesman for the old Ontario Hydro.  When he was cleaning out the summer cottage, he discovered that he'd kept his old spurs, made by M. Klein & Sons.

Over the years, I've turned up other Klein products in my neck of the woods: 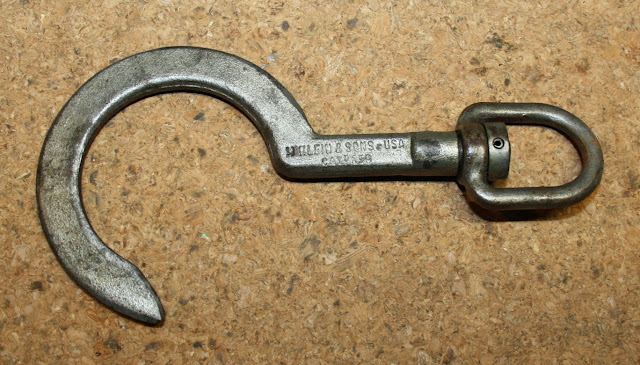 Pliers are the most common offering, often of unusual types: 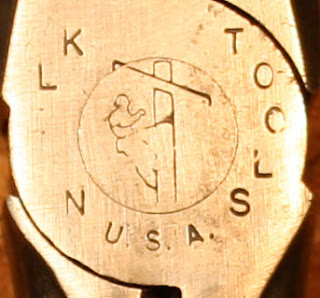 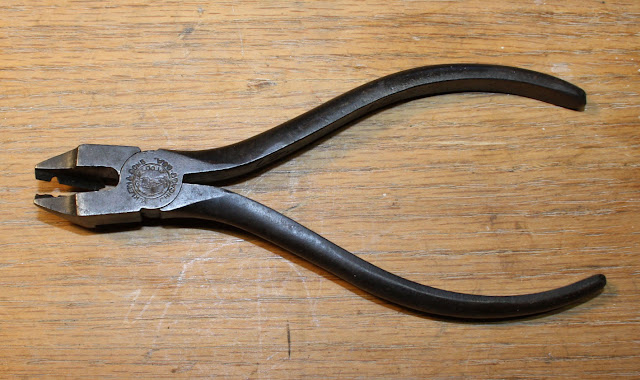 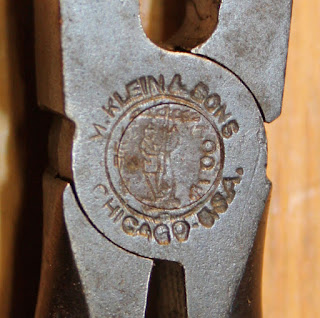 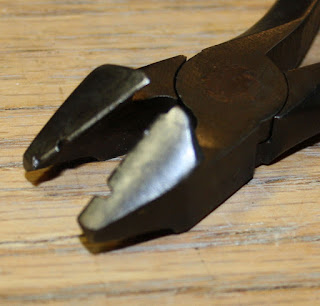 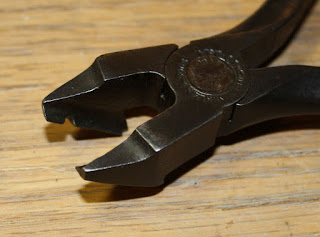 I've also got one of their folding wooden rules, with an interesting locking mechanism: 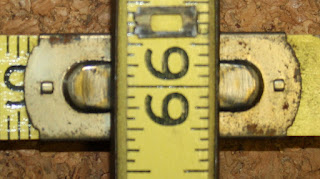 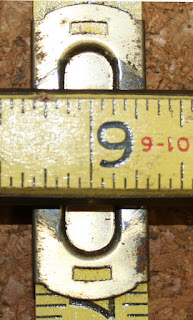 In 1857, Mathias Klein came to the U.S. from Germany, setting up his business in Chicago.  One day, a telegraph lineman brought him a broken pair of side-cutting pliers.  Klein forged a new half, only to have the owner return the next day to have the original part also remade.  The American Civil War brought telegraphy into its own, and a huge need for tools to keep this new communications system in operation.  This was followed by telephones and then the extensive electrification of the country.  Demand resulted in the production of a wide variety of pliers, over 100 different types and sizes by the early part of the last century.

In 1986, Vaco Products of Jonesville, Michigan was acquired, adding their line of screwdrivers, nut drivers and hex-key wrenches to the Klein catalogue.  In 2007, Heritage Cutlery, of Bolivar, NY, was acquired by Klein and began operating under the name Klein Cutlery, LLC. Klein Cutlery is a leading manufacturer of hand tools and occupational equipment for professional tradesman.  Mumme Tools became a sister company of Klein Tools, Inc in July 2010. Mumme, which is also a family-owned company, produces a wide-range of forged hand tools in South Australia and is Australia’s leading mining tool manufacturer.

Klein Tools is still owned and managed by the Klein family. According to their website:

Klein Tools continues to invest in U.S. manufacturing and is committed to maintaining its place as the favorite among electricians. Klein is the only major tool manufacturer worldwide focused on electrical and utility applications. No other manufacturer of hand tools and related products used in electrical applications makes more items in America than Klein Tools.