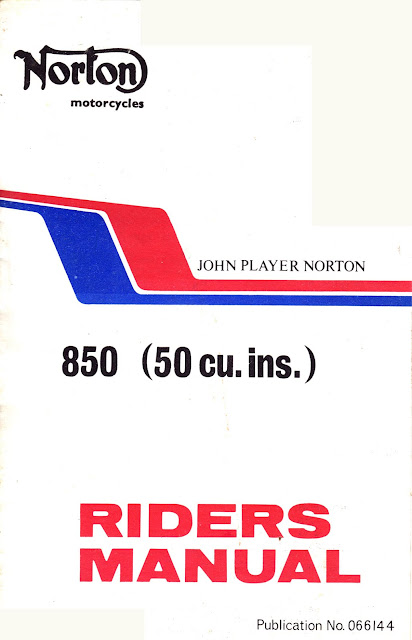 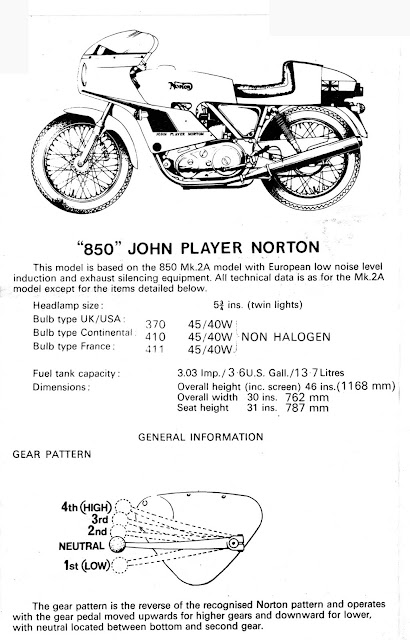 For reasons to me lost in time, I have an original Riders Manual for this model of Norton Commando, although I've never even come close to owning a JPN.  (For a pdf of the original 5-page manual, click here.)

The Nottingham-based John Player & Sons tobacco firm sponsored Norton's racing efforts from 1971 to 1974.  The JPN road bike was produced to sell as a high-end Commando, with only about 200 being actually assembled in 1974 at the Norton works (although many more non-original versions have since been created by individual owners based on their own Commandos).  I did know someone who owned one, and was surprised to find that the beautiful bodywork was held over a standard Commando steel tank with little rubber blocks glued all over it.  The owner told me that, at speed, the various fairing parts vibrated wildly.  The different gear shift pattern would also give a standard Commando rider something of a challenge. So, gorgeous to look at it, perhaps not so much to ride.