History in scissors: The Germans 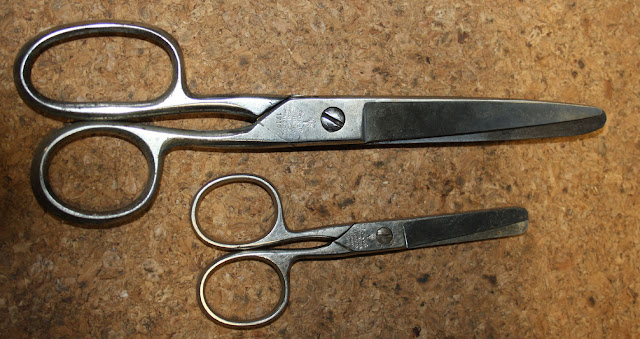 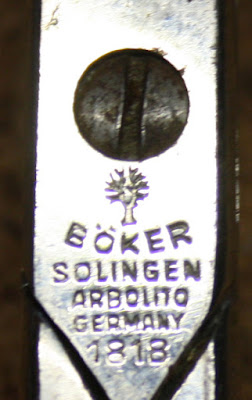 "Boker Tree" was acquired by Cooper Tools but became independent again in 1986. They now specialize in knives but no longer make scissors.  See my previous post on the Boker firm. 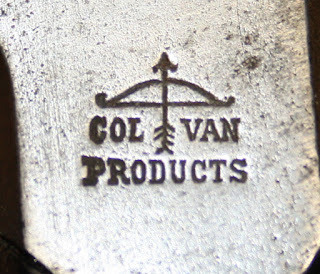 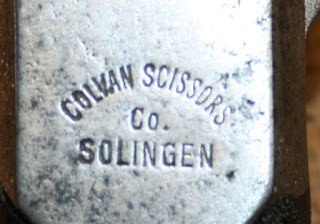 I can't find out much about this firm, although Solingen was to scissors in Germany as Sheffield was to England. Solingen is a city in North Rhine-Westphalia, Germany. Solingen is called the "City of Blades", since it has long been renowned for the manufacturing of fine swords, knives, scissors and razors made by famous firms.. In the latter part of the 17th century, facing religious persecution in their own country, a group of swordsmiths from Solingen broke their guild oaths by taking their sword-making secrets with them to Shotley Bridge, Country Durham in England.

The Elephant Head mark is the sign of F. Koeller & Co. of Solingen, which can trace it roots back to the the 15th century sword smith, Johann Köller.   F. Koeller & Cie was founded in 1855 by Franz Koeller and was listed in the commercial registers as the manufacturer of 'cutlery, desk-sets and pens.' The company was also responsible for wholesaling the wares of some of the smaller Solingen firms.