Just this week I picked up the SSP wrench above,  made for a Jaguar tool kit.  Apparently, SSP was one of several companies that supplied such tools to the car maker.  Below, another of their wrenches, albeit much cruder than the Jaguar one. 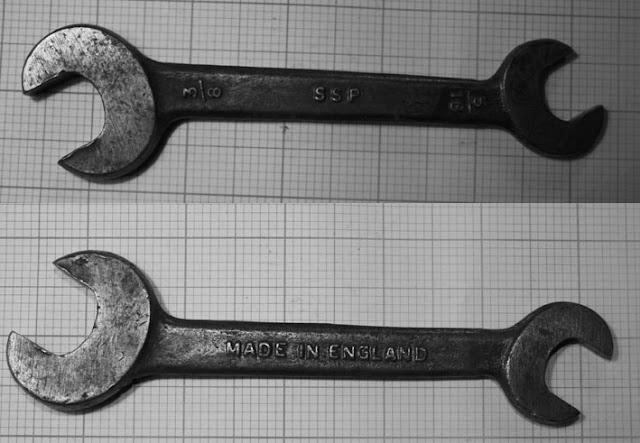 I also have a folding Jack/clasp knife made for the British military by this firm.  "Utilitarian" is the best description.  Apparently, SSP turned out about 2 million of these during the war years.  One blade is designed to be a crudge screwdriver/can opener.  The handle was apparently made of "Bexoid," tradename for cellulous acetate. (This older type plastic was not commercially used until around 1918.  As the source of the material is wood fibres, you can understand how that would have been helpful during WWII when raw materials were scarce and valuable.  That's one of the reasons why the Mosquito aircraft, the "Wooden Wonder," was so successful.) 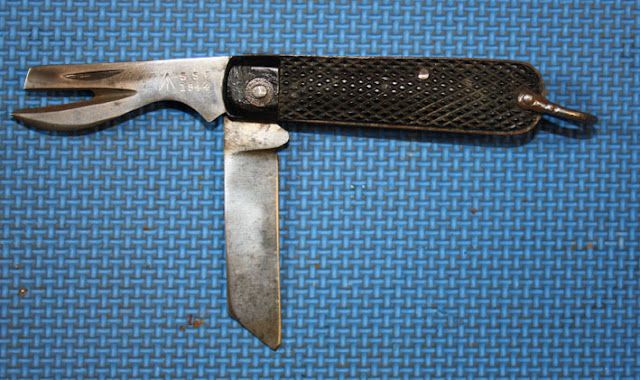 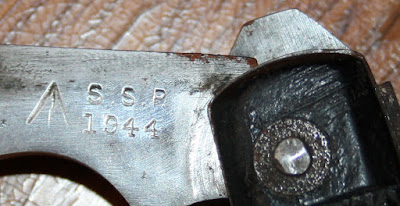 According to Grace's Guide, the SSP was a private company in 1918.  However, an online antiquarian book seller has a 1905 catalogue among his wares, with the description that SSP carried cutlery with cast steel blades & aluminum handles, stainless & cast steel blades, kitchen knives, forks, butcher knives, pocket & pen knives, spoons, and more. They also supplied tool kits for motorcycles and cars.

They operated out of their Templeborough Works in Sheffield.  The Templeborough area was a hot bed for British steel manufacturing all through the previous century.  (The Magna Science Adventure Centre operates out of a converted steel works there.)  The Cooper & Turner Group, the UK's largest manufacturer and distributor of industrial fasteners, also as a Templeborough Works.  Beginning with Joseph and James Turner as a gun barrel business in Birmingham in the the 1800's, in 1912 they amalgamated with Henry Cooper & Co. and moved to Sheffield.  They entered the fastener market in the 1960's, and went on to acquire various cold forge production facilities in the 1970s and 80's.  I don't know if SSP was one of these acquisitions, but Cooper & Turner was just recently acquired by the Watermill Group, a private investment firm out of Lexington, Massachusetts.  The Yanks keep buying the Brits.

Anyway, SSP apparently soldiered on until at least the 1970's before disappearing.  Their offering below represents a considerable decline from the company's previous range of products.